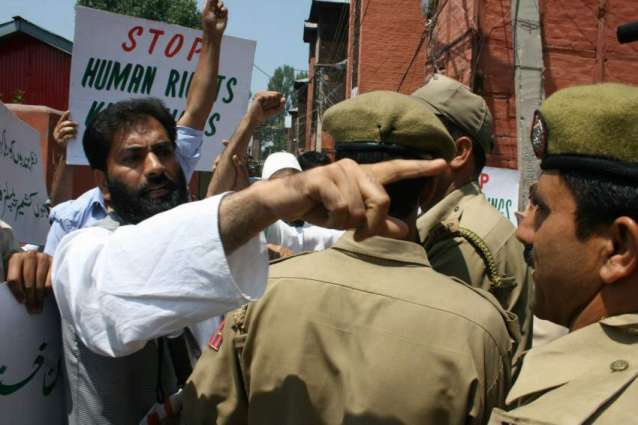 A police officer confirming the arrest of Ganie,told he was wanted in several cases for unlawful activities act and as such was evading arrest for long.

“He had led funeral prayers of large number of militants in recent past. He was also instigating people through his speeches,” the officer said.

Family sources said that Ganie has been taken to CARGO Srinagar.

Meanwhile, Muslim League in a statement condemned the arrest of party’s General Secretary terming it his detention “unlawful and unjustified.”

Muslim League criticized the state police action and said that political space is being denied by creating a situation of uncertainty and political turbulence in Jammu and Kashmir.

“By pushing people to wall India will achieve nothing, they should face the political leaders and workers on political turf,” the statement said.

The statement said that state authorities are denying political space to pro-resistance leadership and caging Kashmir youth and their leaders on ‘frivolous’ charges.

Lashing at state administration, the statement said that forces have let lose a “reign of terror” and turned the state into a big jail.