The project is proposed to be implemented part-wise with part-A amounting to Rs 1684.60 Crore approved under PMDP and part-B for which source of funding is to be identified. The project has been formulated to achieve short term goal of mitigating the flood threat at Sangam. 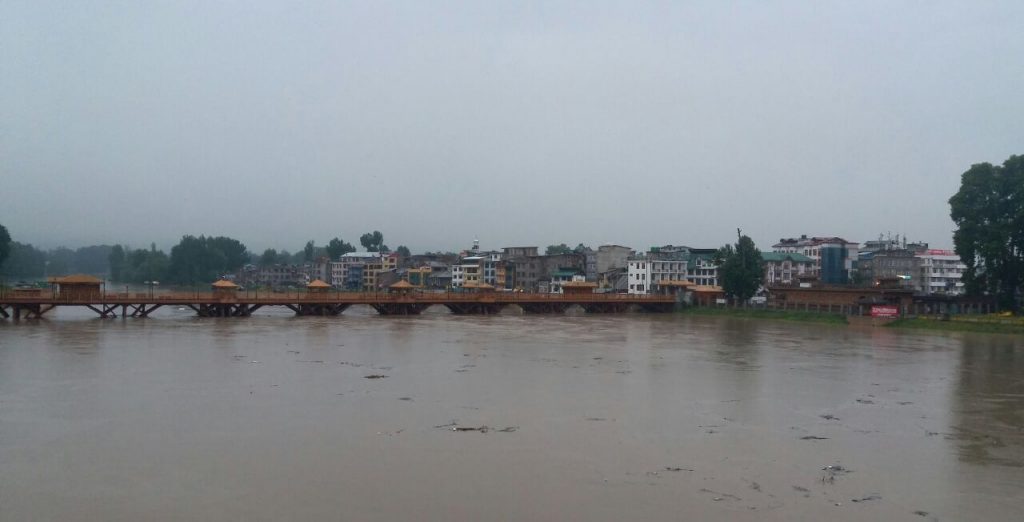 SAC also approved constitution of a High Level Committee (HLC) for detailed examination of the DPR Phase-II, its phasing, regular follow up with Central water Commission (CWC)/Gol for its approval, identifying source of funding for part-B (of phase-II) and also regular monitoring and supervision of execution of various works under both phases of the project. The HLC shall also examine the proposal of Chief Engineer for taking up urgent works amounting to Rs. 266.57 Crore under the State share component of Phase-II.

It is noteworthy to mention that after the devastating floods of September 2014, and on the recommendations of a High Level Committee, constituted by GoI, a multipronged strategy was adpted for flood mitigation in Kashmir valley. Accordingly, to enhance carrying capacity of Jhelum from the then 31000 cusec to 60000 cusecs, action was envisaged in two phases under PMDP. After approval of the Phase-I for Rs 399.29 Crore, the DPR of Phase-II was prepared for the remaining works through WAPCOS. The said DPR namely “Comprehensive Plan for Flood Management Works on Jhelum: Phase-II” costing Rs. 5411.54 Crore has been submitted to the Central water Commission (CWC), Gol.

After detailed examination by the High Level Committee, the DPR of Phase-Il shall be submitted to the Central Water Commission, New Delhi and Ministry of Jal Shakti, Gol for funding.

Under long term measures for mitigating flood discharge of 115000 Cusecs at Sangam, the Government with ADB funding has started the “Jehlum-Tawi Flood Recovery Project’ (JTFRP) being executed by ERA. ERA with the help of international experts is conducting detailed morphological study of River Jehlum and bsed on the findings of the study shall prepare DPR for taking up long term measures in due course.