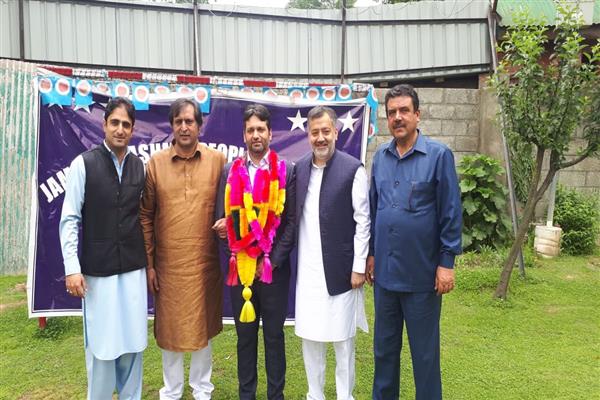 Srinagar: The Income Tax (I-T) department on Tuesday raided the office and other business locations linked to Deputy Mayor of Srinagar, Sheikh Imran in connection with bank case and undisclosed properties at Sonmarg, Pahalgam and Bangalore

“The Income Tax Department conducted search and seizure operations on Tuesday on a prominent business group based in Srinagar, covering eight premises in Srinagar and one each at Bangalore and Delhi,” reads a statement issued by the IT department .

The assessee group is engaged in the business of transportation, manufacturing of silk yarn, hospitality, retail trading of Kashmir Arts and Crafts etc, it said without naming Sheikh Imran or any member of the group.

“None of the members of the group is regular in filing their Income Tax Returns. As a onetime settlement, the group has got their loans of Rs.170 crore with J&K Bank restructured for a sum of Rs.77 crore, out of which, payment of only Rs.50.34 crore to the J&K Bank has been made so far and balance of Rs.27.66 crore is yet to be paid.”

During the search, it said, evidence has been detected indicating that the one-time settlement of the loan from J&K Bank has been done through the active connivance of a senior J&K Bank officer who was receiving several out of turn promotions. “Furthermore, evidence has also been unearthed indicating that the repayment of Rs.50.34 crore pertaining to the said loan has been green fielded by the J&K Bank by granting a loan of similar amount to an associate who has confessed to his role in layering the entire transaction.”

During the search, “incriminating evidence” has also been found relating to sale of undisclosed property amounting to Rs.22 crore; agreement to sell Transport business for Rs.9.10 crore and undisclosed profit of Rs.15-20 crore on account of sale of Cold Storage plant at Lassipora.

“The cost of this project was found to have been inflated to Rs.47 crore instead of the actual cost of Rs.17 crore, for claiming more subsidy from the government by raising inflated and bogus bills. The loan for this project was taken from J&K Bank,” it said.

“One shop has been purchased in partnership in Delhi for Rs.1.02 crore,” the statement said, adding, “During the search, digital evidence found has been seized, analysis of which is in progress. ‘