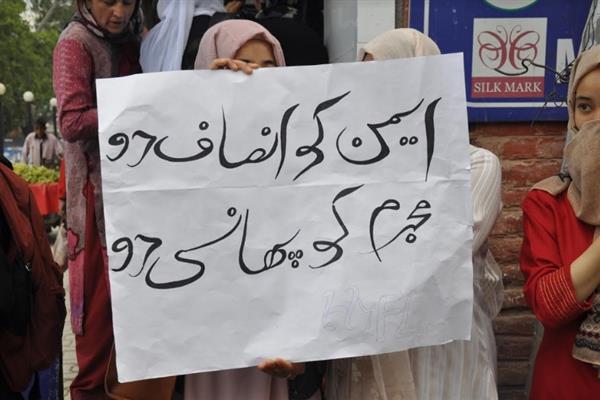 Srinagar: Protests against the alleged rape of a minor girl in Sumbal area of north Kashmir’s Bandipora district continued for the fourth consecutive day on Wednesday, demanding justice.

The class work at several colleges and higher secondary schools in Srinagar, Bandipora, Anantnag, Baramulla, Bandipora, Ganderbal, Kupwara, Budgam and other districts was suspended following the protests against Bandipora incident.

On Tuesday, the students of different educational institutions demanded justice, stating that involved person should be hanged till death. Some of the protests including at Amar Singh College, Bemina Degree College turned violent on Tuesday during which clashes erupted between students and forces.

They were holding banners and placards reading slogans against rapists, saying that such actions are creating fear among the girls in the society. “We demand exemplary punishment against the culprit so that no one could dare to do such a heinous crime in future,” the protesters said.

Moreover, the Shia-Sunni coordination committee has also appealed to the people to maintain calm and end protests to give police a chance to probe the incident transparently so that guilty is given an exemplary punishment.