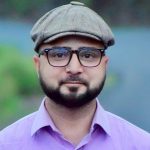 It might sound astonishing to many, but history shows that arch rivals India and Pakistan have always come closer when the Bhartiya Janata Party (BJP), a right-wing nationalist party, was ruling India.

In fact, relations between the two nuclear powers reached their nadir, when the Congress party, considered centrist by many, was at the helm of affairs.

Therefore, Indo Pak relations historically owe most of their acrimony to the Congress. In fact, the BJP won a full majority only once in 2014 under the leadership of Narendra Modi when it secured 282 seats in the general assembly elections.

In fact, relations between the two nuclear powers reached their nadir, when the Congress party, considered centrist by many, was at the helm of affairs.

The main issue of contention between the two neighbours is Jammu and Kashmir. Both countries fought four wars over it in 1947, 1965, 1971 and 1999, excluding the most recent escalation in February 2019 which was not considered a war. It is pertinent to note that except for Kargil all these wars with Pakistan have been fought when the Congress party was leading India.

Significantly, it was the Congress that assisted the secessionists of the erstwhile East Pakistan to carve Bangladesh out of Pakistan in 1971. There are too many other politico-strategic developments during Congress rule when Indo Pak relations went from bad to the worse to detail them all here. Instead, one should recognise the positive developments occurring between India and Pakistan, and the role BJP had played in them.

“I extend my greetings and best wishes to the people of Pakistan on the National Day of Pakistan. It is time that people of subcontinent work together for a democratic, peaceful, progressive and prosperous region, in an atmosphere free of terror and violence,” the message read. It was welcomed by Pakistan, and Imran Khan responded “I welcome PM Modi’s message to our people. As we celebrate Pakistan Day, I believe it is time to begin a comprehensive dialogue with India to address and resolve all issues, especially the central issue of Kashmir.”

According to this track record of the BJP, one can certainly hope that India and Pakistan may come closer again, as mentioned by Imran Khan in an interview in April, wherein he stated that ‘if Modi comes to power again, some kind of settlement in Kashmir could be reached.”

He seems to believe that the BJP, unlike the Congress, being a strong right-wing party with a hard-line support base may be able to initiate dialogue on all issues with Pakistan, including Kashmir, without alienating its domestic constituency. This is why when the BJP rules India, one can have more hopes about the conflict resolution process between India and Pakistan.

Dr.Mujahid Mughal is an Assistant Professor of Geography in the Higher Education Department, Government of Jammu and Kashmir, India.