Delhi should go after ‘white-collar killers’ like Farooq Abdullah if they want change: Sajad Lone 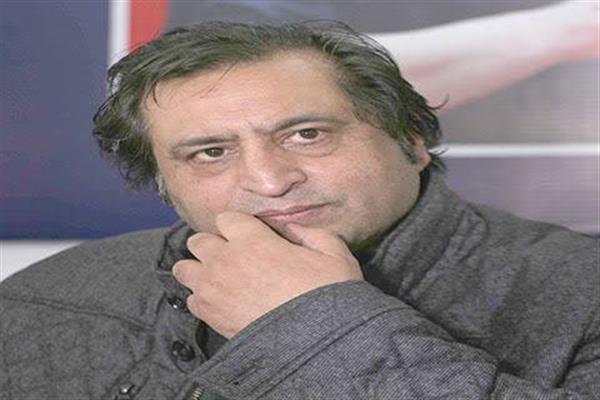 Srinagar: Peoples Conference Leader, Sajad Lone has said Delhi should instead go after the ‘white-collar killers’ like Farooq Abdullah if they really want a change.

“I dare Delhi that if you really want a change in Kashmir, if you really have what it takes to bring about a change, go after these white-collar killers like Farooq Abdullah. It is he who is singularly responsible for forcing gun on to the peace loving Kashmiri people. The day Delhi starts to punish the traditional elite for their sins there will be a visible change in Kashmir”, he added.

Sajad said that Farooq Abdullah rather than wailing and chest beating should instead think about atonement for his sins.

“The victims of 1987 are being victimized yet again and the only addition is that the perpetrator of the victimization of 1987, Dr Farooq has slipped in and donned the role of a chest beater, ‘Rudali’. May we humbly suggest he seriously thinks about atonement. It is getting rather awkward that he slips in at any given chance and starts wailing and beating his chest incidentally for the sins that he has himself scripted in the past”, he concluded.

In response to the statement of Farooq Abdullah in which he congratulated Yasin Malik for his sacrifices, Peoples’ Conference Chairman Sajad Gani Lone said that he is not surprised by Farooq Sahib’s utterly disdainful hypocrisy but pained at the audaciousness of his utterances.

Sajad said that Farooq Abdullah is nothing but a shameless elite exhorting the proletariat to sacrifice their lives while his family enjoys monarchical concessions.