This election is aimed to protect special status: Mehbooba tells workers in Shopian 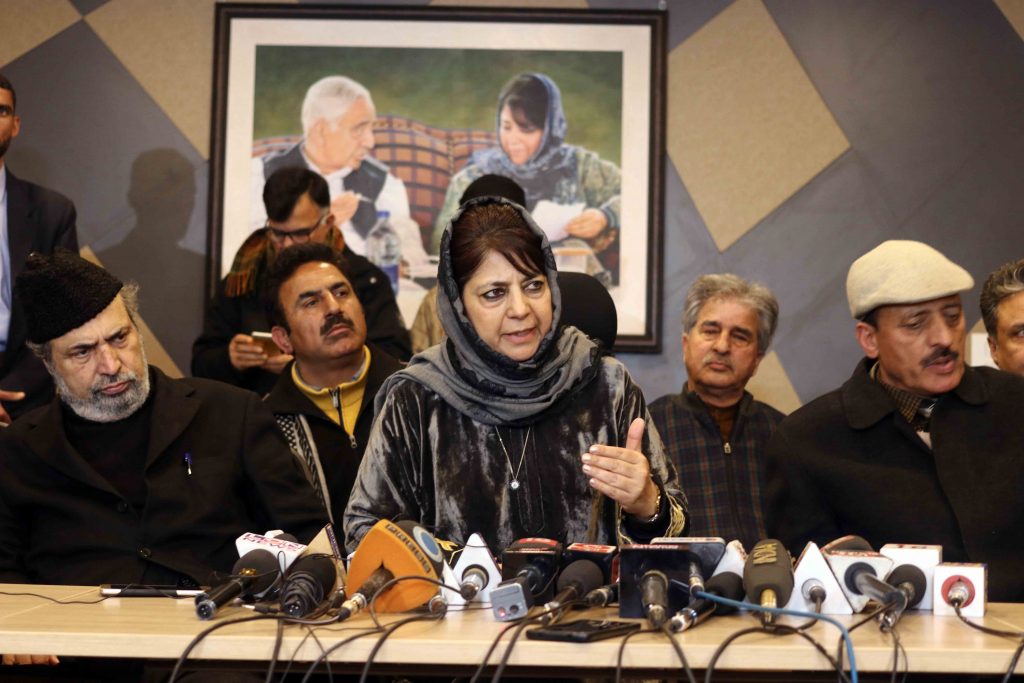 Srinagar: Peoples Democratic Party (PDP) president and former chief minister, Mehbooba Mufti Wednesday said that today’s elections were aimed to fight against the forces who are hell-bent to out an end to the special status of Jammu and Kashmir.

Mehbooba who was addressing workers at circuit house in South Kashmir’s Shoipan district, said that this election was not meant for electric polls, wires, macadamization of roads and other related things but against the forces who are claiming to abrogate Article 370 and 35A in Jammu and Kashmir.

“This election is simply aimed to protect the special status of J&K,” she said.

Talking to reporters, Mehbooba later said that while fighting with militants, their families must not be harassed.