Srinagar: Kashmir valley is observing a complete shutdown on Thursday while the polling for the Srinagar parliamentary seat in the second phase of Lok Sabha elections began today morning.

Authorities have suspended mobile internet services across the region.

Reports said that all shops and other business establishments are shut in Srinagar while traffic is off the roads. Reports of shutdown were also received from other district headquarters of the valley.

Adequate security arrangements were in place to secure the polling stations and to instill a sense of confidence among voters for ensuring free, fair, transparent and smooth conduct of elections in the constituency, officials said. 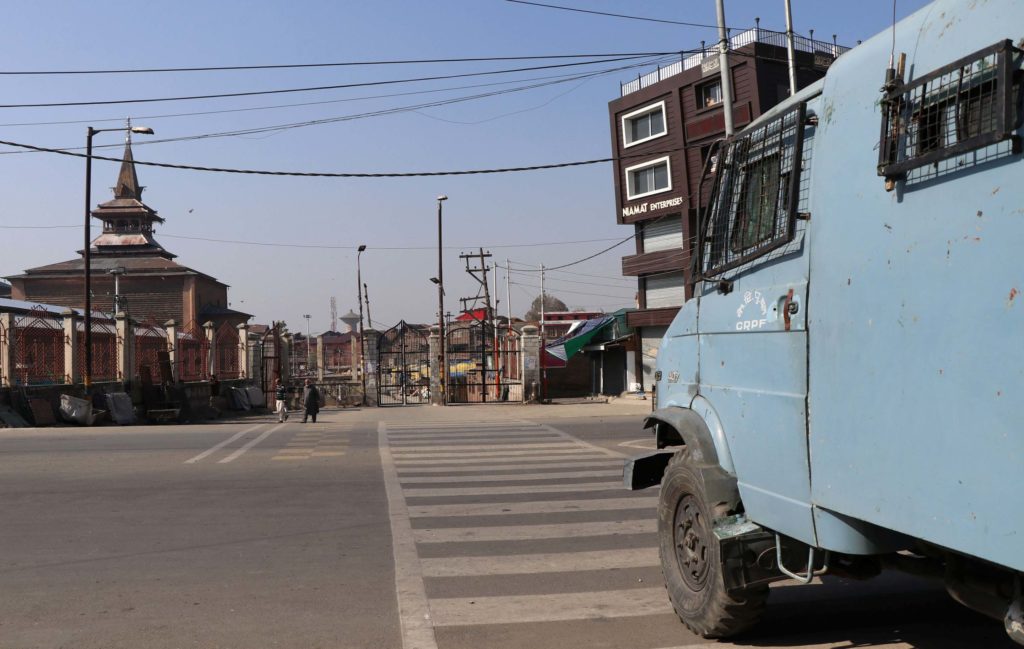 Police and paramilitary personnel have been deployed in strength in and around polling stations in all three districts — Srinagar, Budgam and Ganderbal — of the constituency, the officials said.

However, they said most of the polling booths in the city wore a deserted look.

Polling began at 7am in the constituency, officials said.

As many as 12,90,318 voters are eligible to decide the fate of 10 candidates. 1,716 polling stations have been set up in the constituency.

Former Jammu and Kashmir chief minister Farooq Abdullah is among 10 candidates in the fray and is seen as the frontrunner to enter the Lok Sabha for the fourth time from Srinagar seat.

Besides Abdullah, the other prominent candidates are Aga Mohsin of PDP, Irfan Ansari of People’s Conference and Khalid Jehangir of BJP. (With PTI inputs)