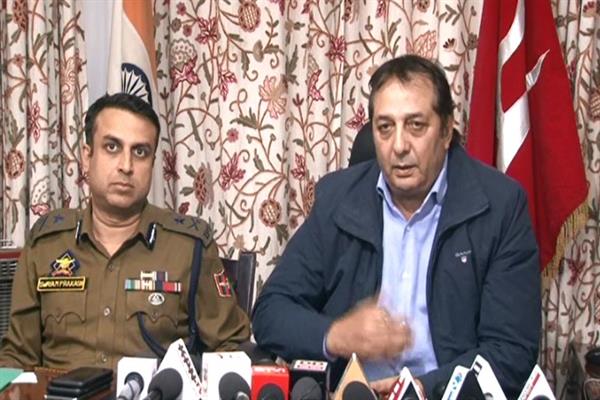 Srinagar: After exempting employees, students, tourists and other emergency cases, the government on Tuesday exempted learned advocates of High Court and other courts and all medical emergencies from the restriction order on highway on every Wednesdays and Sundays.

Earlier, the government had issued an order, directing that no civilian traffic would be allowed to ply on the national highway from Baramulla till Udhampur for two days every week that is Sunday and Wednesday. However, after facing outrage, the government had exempted employees, students, tourists and other emergency cases from the restriction order.

Moreover, Divisional Commissioner Kashmir, Baseer Ahmad Khan today ordered that learned advocates or lawyers of High Court and other courts be exempted from the restriction on civilian movement on highway twice a week.

An order under number Div.Com/Dev/120/2019, dated 09-04-2019, reads that the learned advocates/lawyers of high court and other courts shall also be exempted from the restrictions given in the previous order and identity cards of the learned advocates shall be treated as travel passes by the concerned.

It also reads that the magistrates/facilitators/police personnel present at all the critical/crossing points/intersections of NH1A shall ensure that the commuters are allowed to pass the national highway in a hassle free manner.

The order added that all medical emergencies shall be kept beyond the restrictions enumerated and the medical prescriptions shall be treated as travel passes by the implementing agencies.