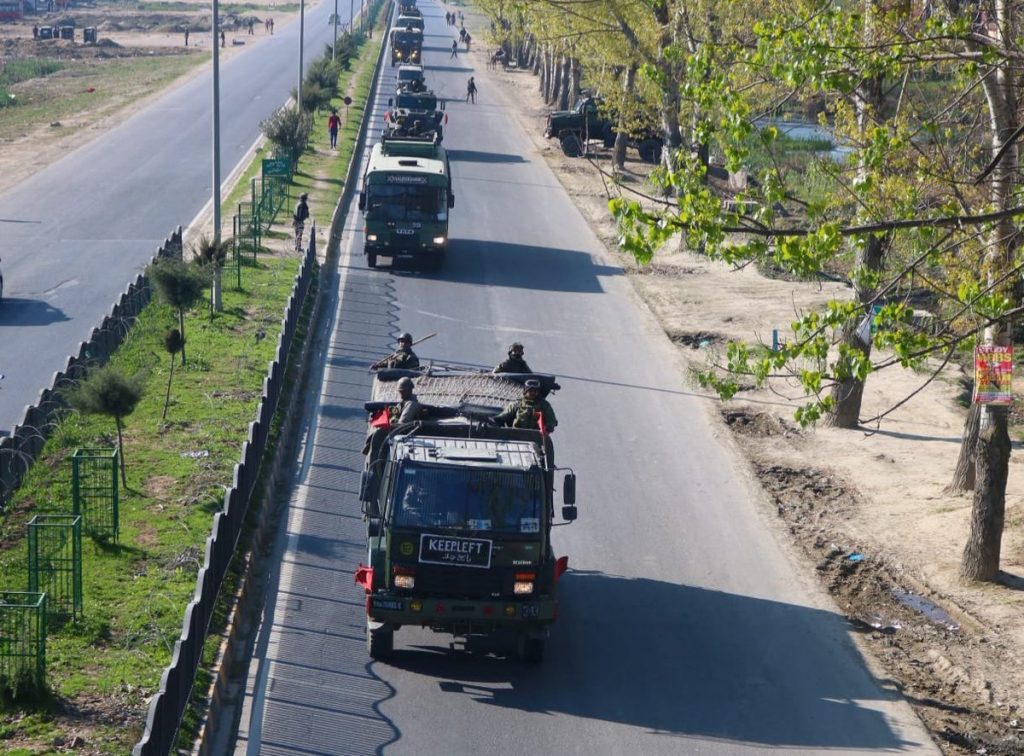 Srinagar: National Conference (NC) and Peoples Democratic Party (PDP) on Sunday held separate protests in Srinagar and Anantnag against the ban on civilian traffic on highway from Baramulla to Udhampur.
NC Parliamentary Candidate Justice Hasnain Masoodi along with senior party leaders Peer Hussain and Abdul Majeed Larmi besides scores of workers took out a protest rally on highway near Wanpoh in Anantnag area of South Kashmir.
They were shouting slogans against the government banning the movement of civilian traffic on the highway.
Similarly, Peoples Democratic Party (PDP) took out a protest rally on the highway near Athwagan area of Srinagar, however, they were stopped by the contingent of police.