US threats not helpful when JeM involvement in Pulwama attack is yet to be proven: China

Srinagar: The United States vowed on Wednesday to utilise “all available avenues” to ensure Masood Azhar was held accountable but China warned Washington that this attitude could complicate an already tense situation in South Asia.

“We can confirm that we circulated a draft UNSC resolution with UK and French support,” said a US State Department spokesperson when asked how the United States planned to deal with this issue, Dawn reported.

On March 27, the United States circulated a draft resolution to the 15-nation UN Security Council (UNSC) to blacklist Azhar and subject him to a travel ban, an assets freeze and an arms embargo.

“We hope South Asia could maintain peace and stability and we hope India and Pakistan will engage in dialogue and through dialogue and consultation resolve outstanding issues,” said Chinese Foreign Ministry spokesman Geng Shuang while explaining China’s policy on the dispute.

On March 13, China put a technical hold on a French proposal to list Azhar under the UNSC 1267 Al Qaeda Sanctions Committee and asked for more consultations before bringing the matter to the UNSC for a vote. 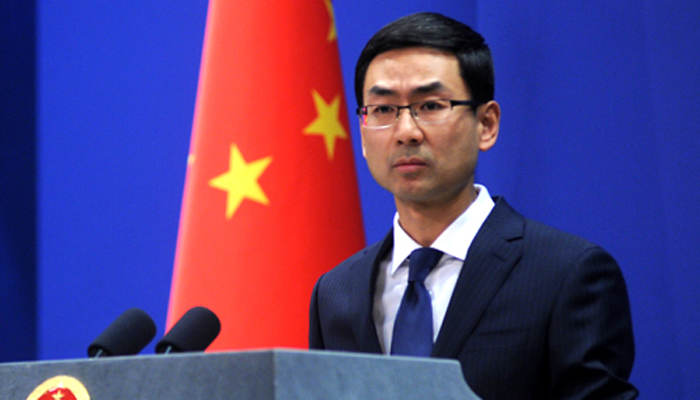 The State Department spokesman insisted that Washington also wanted to route its move to brand Azhar a UN-designated terrorist through this committee but it was not against using other options.

“While we strongly prefer that UNSC designations take place through the committee process, the United States and its allies and partners, including those on the UN Security Council, will utilise all available avenues to ensure that the founder and leader of the UN-designated terrorist organisation JeM is held accountable by the international community,” the spokesman added.

Geng, however, said that the US threat to use “all available avenues” was not helpful particularly when JeM’s involvement in the Pulwama attack had not yet been proven.

Last month, India accused Azhar Masood’s Jaish-e-Mohammed (JeM) group of carrying out a suicide bombing at Pulwama in Kashmir that killed 40 paramilitary troops and urged Pakistan to hand over Azhar.

Pakistan rejected the Indian claim, pointing out that the attack was carried out inside Kashmir and there’s no Pakistani involvement.

China, Geng said, had taken a “constructive and reasonable stand” on the issue while the US stance was not conducive to peace and stability in South Asia.

On Monday, Geng said that the US decision to go directly to the UNSC to designate Azhar aimed to scuttle China’s efforts to resolve the issue amicably. China, he said, had already made “positive progress” towards its goal.