Once you revoke Article 370, India will be an occupational force in J&K: Mehbooba to Amit Shah 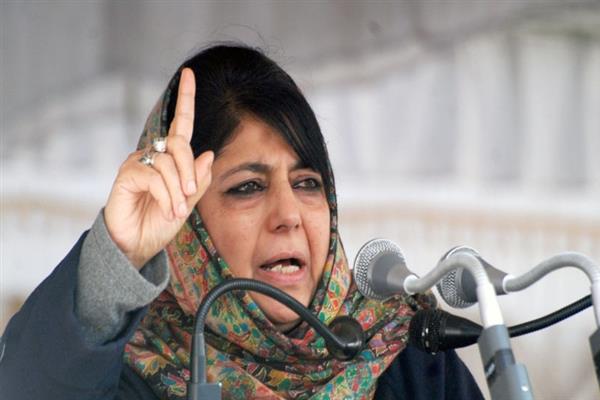 While addressing a rally in Pattan, Mehbooba asked Amit Shah did he forget that the BJP leaders touched feet of Mufti Mohammad Sayeed and pleaded to form the government with them and accepted all the conditions…

“Dialogue with Hurriyat, revocation of AFSPA, safeguard of Article 370, talks with Pakistan and separatists and return of power projects. You accepted and signed all these conditions,” she said.

Amit Shah had said that abrogating Article 35-A was the party’s commitment to the people of the country.

“It has not happened till now as we do not have a majority in Rajya Sabha, but I believe it will happen by 2020. Removing Article 35A has been in our manifesto since 1950, it is our commitment to the people of the country,” Shah had said at the News18 Agenda India Summit.