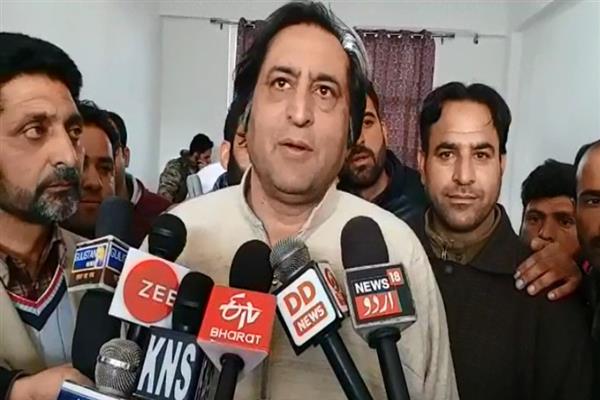 Reacting to the statements being made by NC leaders, Lone while talking to reporters at Lolab today said that it was NC that betrayed people of the State from time to time.

He added that in 1996 when former Prime Minister P.V. Narasimha Rao had stated that sky is the limit that it was being presumed that people of Jammu and Kashmir will be offered autonomy.

“At that time, it was being presumed that people will be asked to fight elections then pass the bill on autonomy in assembly and they will have no objection, nobody was willing to fight the elections but Dr. Farooq Abdullah came forward and asked to give him power and he will fight the elections,” he said.

Lone said NC always betrayed the people from time to time including in 1975, 1996 while as 1987 is known to all, so what remains there.