New Delhi: The BJP on Tuesday criticised the Congress party for its election promise that the application of the Armed Forces Special Powers Act in Jammu and Kashmir will be reviewed.

“So Congress wants to amend the Armed Forces Special Powers Act. It wants to deprive them (armed forces) of immunity in what is literally a war zone,” BJP IT cell chief Amit Malviya tweeted. 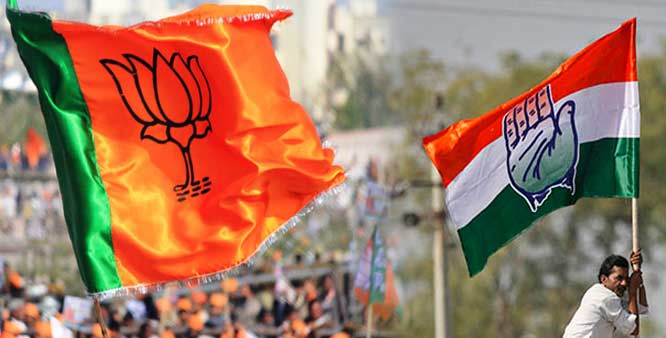 “Not just that, it also suggests that armed forces indulge in sexual violence and torture of civilians,” he said.

In the manifesto released by Congress President Rahul Gandhi, the grand old party said that if voted to power, the party will ‘review’ the deployment of armed forces, move more troops to the border to stop inflation completely.

“We will adopt a two-pronged approach, firstly uncompromising firmness on the border and ending infiltration and secondly absolute fairness in dealing with the demands of the people and winning their hearts and minds,” the Congress manifesto on ‘Jammu and Kashmir’ said.