Stop lying through your teeth, are you powerful or powerless: Sajad asks Omar 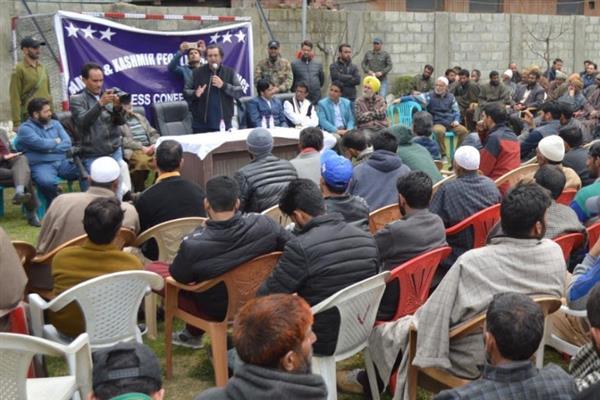 While responding to question on Omar Abdullah’s statement that he will not allow NIA to intimidate Kashmiris, Sajad said that “I am amazed how Omar Abdullah lies through his teeth. The NIA as an institution was created by the Congress when the NC & Congress was in alliance and Dr. Farooq Abdullah was the member of the Cabinet. I don’t remember even a single statement issued by Dr. Farooq Abdullah or Omar Abdullah, who was at that time the Chief Minister, voicing concern about the sweeping powers given to NIA.”

Sajad further said that “Omar Abdullah needs to tell us, is he powerful enough to stop intimidation or is he powerless. If he is indeed so powerful, then why did he not use those powers in the past? He could have used his powers to stop Afzal Guru’s hanging or at least get his body back to Kashmir. Why did Dr. Farooq Abdullah not use his powers to stop Maqbool Bhat’s hanging? If they are powerless then they are lying through their teeth and if they are powerful then they are not utilizing their powers and allowing executions and all sorts of atrocities on the Kashmiris”.