NIA was brought to JK by Omar led NC-Congress regime in 2009: Mehbooba 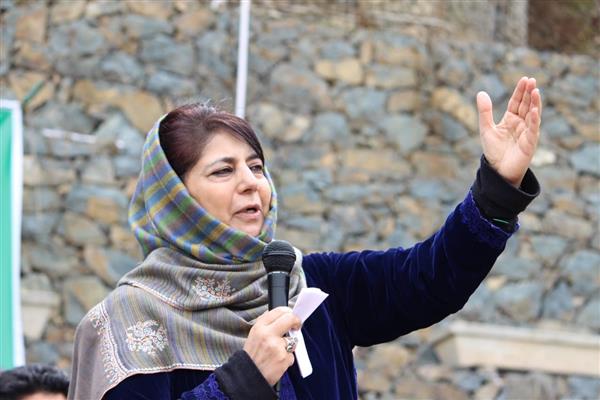 Mehbooba while talking to reporters at Baramulla on the sidelines of the party rally said that it was National Conference-Congress regime led by Omar Abdullah in 2009 who brought NIA to JK.

“Like POTA, NC during its tenure has brought the NIA to the State and we were against the move at that time as well,” she said.

She also said that oppressive measures through NIA won’t yield any result to Kashmir issue, but a political solution is the only way out to resolve the issues.

“You cannot resolve the issues by imposing bans and seizing the properties but a political issue needs a political resolution only,” Mehbooba said.

Mehbooba also welcomed the reports of opening of Sharda Peeth by Pakistan, saying that the step will benefit Kashmiri pandits as it was the long pending demand of the particular community.

She in a tweet has also said that such an initiative at a time when Indo-Pak tensions are at an all time high could help navigate the current impasse.

Mehbooba also said that she had written top Prime Minister in this regard.

“Not too long ago I had written to PM imploring GoI to reopen Sharda Peeth, a temple across LoC for Kash Pandits. An initiative like this at a time when Indo – Pak tensions are at an all time high could help navigate the current impasse,” Mehbooba tweeted. (KNS)