Leh-Manali road likely to be reopened on April 10 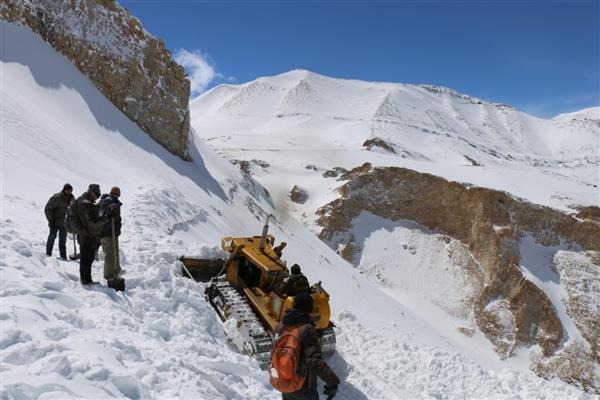 Srinagar: The snowbound Leh-Manali road, which remained closed for winter, is likely to be reopened in the second week of April as Border Roads Organization is working on snow clearance.

Officials of BRO said that under Project Himank, men and heavy machinery have been put into service to clear snow and make the 400 km road motorable for traffic in summer.

Around 20 feet snow has accumulated along the high altitude road which connects Leh with Himachal Pradesh. The road had Passes as high as 14000 feet.

Heavy snow falls in the mountainous region in winter season which closes down the highways roads cutting off the Leh from rest of the world.

“Despite Sub-zero temperature and high altitude, our jawans are on the job to reopen the vital road. The weather have played spoil sport in the snow clearance. Every now and then fresh snow fall brings the snow clearance operation back to square one. Despite all that the road will likely be thrown open in the second week of April,” Chief Engineer said