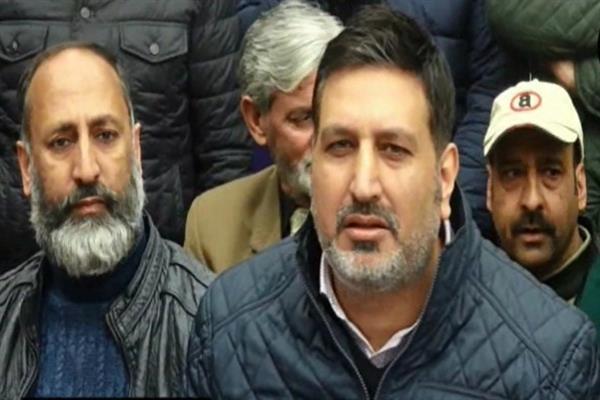 Srinagar: The Valley traders and Civil Society on Saturday said that it is widely believed that Rizwan Asad Pandit, a private school teacher from Awantipora area of South Kashmir’s Pulwama district has died in custody ‘due to the physical torture inflicted upon him’.

The business community and civil society of Jammu and Kashmir addressed a presser today at Kashmir press Club here and expressed anguish at what they termed as perennial silence of the world community and human rights organisations over the ‘repeated brutalization of our community’.

“The battered dead body of Rizwan Asad Pandit, a 29-year-old school teacher who had been picked up for questioning on Sunday, the 17th of March, 2019 was returned to the family on Tuesday, the 19th of March, 2019,” they said.

According to the family, the body bears evidence of being subjected to extreme physical violence. The video of his final ablution, shared on social media by his brother, shows torture and burn marks. It is widely believed that Rizwan Asad Pandit has died in State custody due to the physical torture inflicted upon him, they added.

As per press reports, police have registered FIR No. 09/2019 under section 224 RPC (Attempt to escape from Custody) and a Magisterial Inquiry has been ordered, they said.

They however, said there are countless instances of inquiries being ordered in killings without any results. “Such inquiries, suffering from institutional bias and State interference, have rarely served the interests of justice. We have reason to believe that this killing would also suffer the same fate and the killers would again roam free to kill, more confident in the fact that their crimes will never be brought to account,” they added.

According to KNS Correspondent, they said “the repeated perpetration of serious violations of human rights and humanitarian law needs in-depth fact-finding and investigation.”

“With the view of providing avenues of justice and redress for victims and to deter future violations, we appeal to the Governor Satya Pal Malik for setting up of a time-bound Independent Special Commission of Inquiry,” the leaders from the associations added.

Till the time the Commission submits its report, it would serve the ends of justice if the case is treated to be one of custodial killing and all persons associated with it are put behind bars and kept away from active duty, they said.