New Delhi: The Jammu and Kashmir Assembly elections were deferred as the state administration asked for over 70,000 paramilitary troops for conducting simultaneous polls, a demand which could not be acceded to, officials said Wednesday.

A home ministry official said the Jammu and Kashmir administration’s demand of about 717 companies of paramilitary personnel could not be met as a large number of forces would be required across the country for general elections.

A company of paramilitary comprises about 100 personnel.

The state elections may be held anytime after the Parliamentary polls, the officials said.

The Home Ministry and the administration of J&K, which is currently under the President’s rule, had apprised the Election Commission of the security situation in the state when a team of the poll panel had visited there on March 4-5.

The EC team had gone there for assessing the situation and checking poll preparedness in the wake of the February 14 attack in Pulwama in which 40 CRPF personnel were killed. 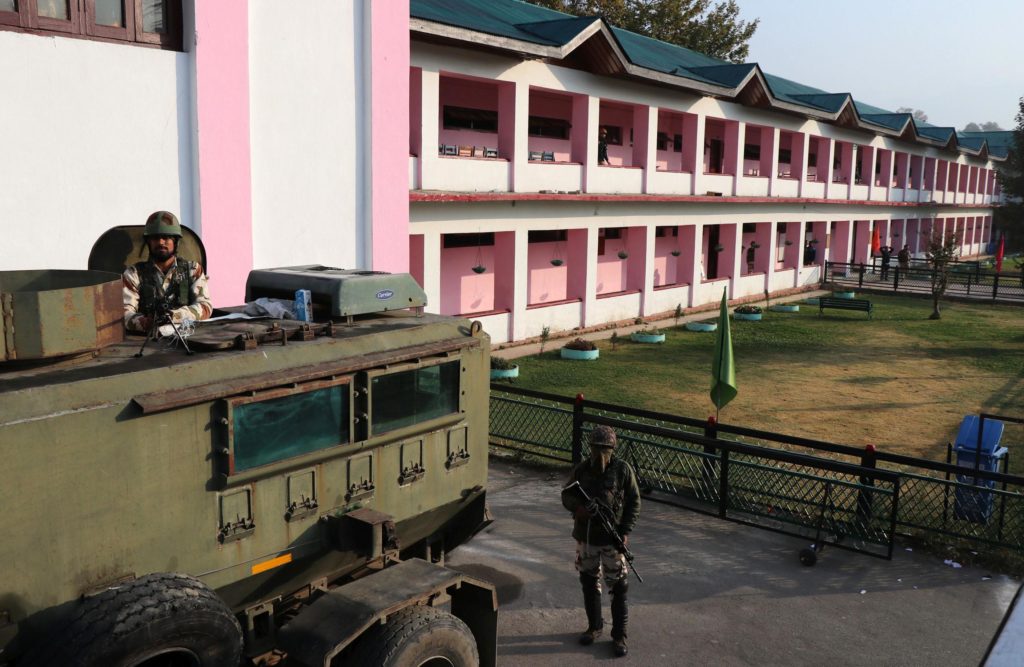 The J&K administration’s demand could not be met as a large number of personnel would be required for deployment across the country during the Parliamentary polls, therefore, the state elections were deferred, the official said.

The demand on behalf of the Jammu and Kashmir administration was placed by the then Addition Director General of Jammu and Kashmir Police Muneer Khan, who was recently appointed as State Chief Information Commission.

The National Conference, the PDP and the Congress, had sought simultaneous polls and criticised the EC decision. The Jammu and Kashmir unit of the BJP had also pitched for holding the polls together.

Higher deployment of forces may be necessitated during the polls as they have to secure the routes to be taken by the candidates for campaign, the venue of rallies, besides the security of candidates itself.

During the 2014 polls, a little more than 10,000 polling stations were set up, while the EC has announced the number will be 11,316 this time, requiring additional forces to secure them.

While 77 candidates were in the fray for the six Lok Sabha seats in 2014, 831 fought the state elections a few months later to elect 87 MLAs.

Another official said the large number of security personnel would be required for the Assembly elections too as Pakistan-based terror groups would make all out efforts to disrupt the process not only in the Kashmir Valley but in border districts such as Rajouri, Poonch and Doda.

The final assessment on holding the assembly elections in Jammu and Kashmir will be taken by a three-member panel set up by the Election Commission.