Srinagar: The students of Kashmir University on Tuesday held a protest demonstration against the summoning of Hurriyat Conference (M) chairperson Mirwaiz Umar Farooq by National Investigation Agency and against the killing of a school teacher in Police custody. 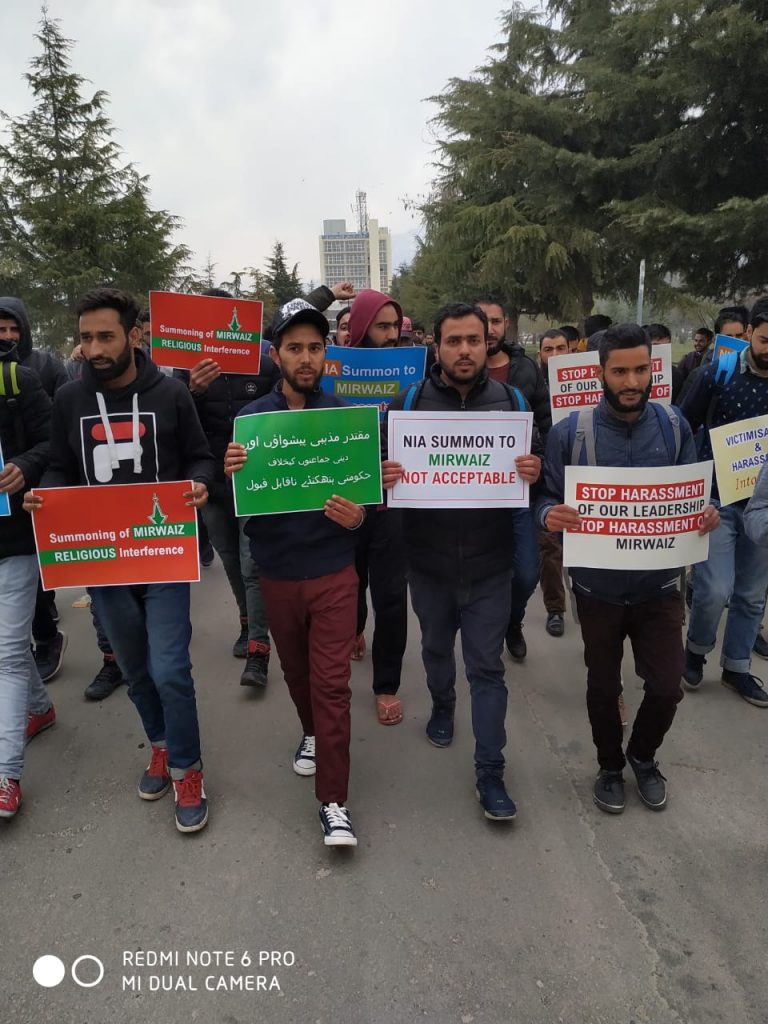 A student of the varsity said that scores of students marched in the campus of the university denouncing the killing of school teacher in police custody and NIA summons to Mirwaiz Umar.

They said that the students raised slogans against the Jammu and Kashmir police and the NIA and demanded action against the culprits involved in killing of slain school teacher and Jama’at activist.

The students carried placards condemning the NIA summon to Mirwaiz and termed it direct interference in religious affairs. They said that the summoning of Mirwaiz amounts to the harassment of resistance leadership in Kashmir and should be stopped forthwith.

The students said that the NIA summon to Mirwaiz Umar was not acceptable to the people of Kashmir.