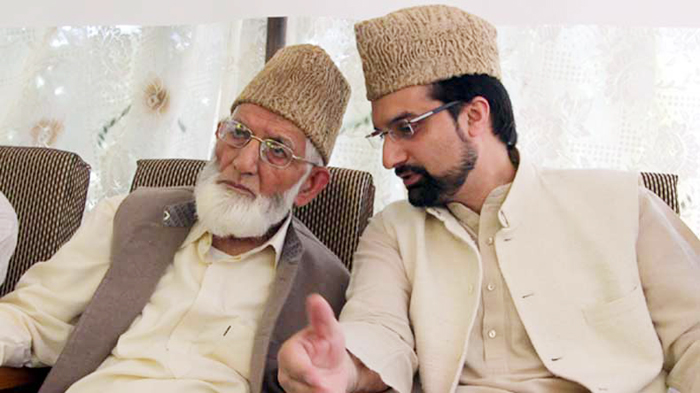 Srinagar: Hurriyat Conference (M) strongly denounced the lies and canards are being circulated by some media channels through “unsubstantiated leaks by agencies” bent on harassing the Mirwaiz Umar Farooq .

Hurriyat (M) spokesman said after the illegal raid at Mirwaiz residence the media through propaganda and lies is already passing its verdict on Mirwaiz to vitiate public opinion against him in India.

Spokesman said the “so-called high tech system” “recovered “ from the Mirwaiz residence is a legal direct internet class B lease line free to air from a private internet provider in Regal Chowk. The tower in the premise was erected after the service provider said that for last mile connectivity between Regal Chowk and his house a tower needed to be erected.

The tower would also be used for surveillance purpose by putting a PTZ camera to monitor the whole area as the police personnel at his residence had insisted on surveillance cameras. To say it was “recovered” and used as some kind of “hotline” with other country is ridiculous. The government police cover that the Mirwaiz had at his residence all these years knew about it all along.

Spokesman further said that as the Mirwaiz said in his press statement after he was not allowed a press conference after the “illegal raid at his residence, that letterheads of APHC Anjuman Auqaf and AAC were seized by the investigative agency and no seizure report was given to Mirwaiz” despite his request to them.

The electronic media reports that some incriminating letterheads were recovered is mischievous and a cause of concern as the agency may be tamper with what that seized and as no seizure report was given.

Hurriyat Conference (M) said that despite knowing that it is an attempt to harass him Mirwaiz has said that he is willing to cooperate in the matter in Srinagar but the way it is being done and the propaganda campaign being run around it besides, putting his safety in danger outside Kashmir shows that there are clearly other reasons behind it than what is being touted.