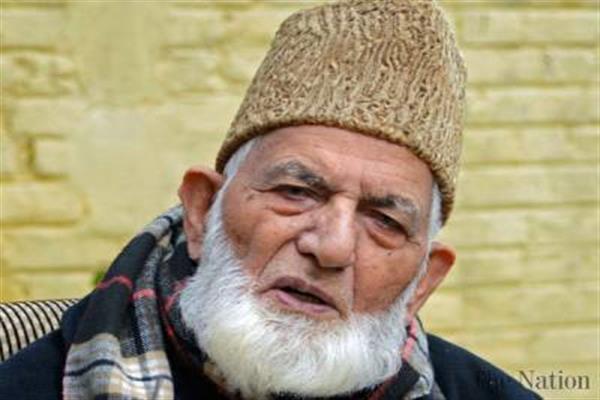 Geelani said that these revengeful policies have never improved the survival of the oppressor and Indian rulers are themselves witness to it.

He further said that decades old cases have been discussed thread bear and the courts have acquitted the accused long back, but even after acquittal they again try to dig out these dead horses to quench the thirst of the collective conscience.

Pro-freedom leader said that not only leadership but the majority of the people are victims of this vandalism and lawlessness for the last 7 decades, but to utter surprise of the oppressor neither of the two seem to be tired of their mission.

He said that allegations like disturbing peace, threatening citizen’s lives or attacking schools against pro-freedom leadership is not even worth any response, as such childish accusations just need to be laughed at.

Hurriyat chairman said that before signing such dossiers our educated bureaucracy and judicial fraternity need to apply their own mind and intellect as well, because by doing such silly things their wisdom also becomes questionable.

He further said that instead of these childish actions, Delhi rulers need to get to the ground realities and show some bravery to defuse the volcano in waiting lest it may be too late to mend the situation.