Air Strike carried out in the interest of nation: BJP 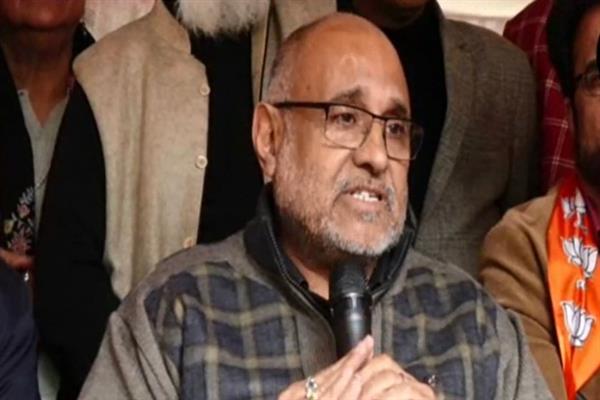 Srinagar: Bharatiya Janata Party (BJP) on Thursday said that the Air Strike was carried out in the interest of nation. The party also said that the coalition with Peoples Democratic Party (PDP) was withdrawn after the human rights violation was on peak as even the journalists were not spared.

BJP National Vice President, Incharge J&K affairs Avinash Rai Khanna while addressing a rally at Sher-e-Kashmir Park here reacted to the statement of a leader wherein he claimed that IAF’s air strike in Balakot of Pakistan was carried out in view of the Lok Sabha elections.

He said that termed the statement as ‘cheap thinking’ of the leader, saying that the Air Strike was only carried out in the interest of country.

Khanna further said that the party (BJP) has never politicized any event on the basis of cast, colour, creed and religion, therefore is the only reason that people of all beliefs are with the party.

About PDP-BJP coalition, Khanna said the bonhomie was formed on Common Minimum Programme (CMP), which was fully supported by the Central government.

However, he said that party withdrew its support after the human rights violation was at peak and even the journalists were not spared. “As moral responsibility, we withdrew our support,” he added.