ECI yet to decide on simultaneous or separate Assembly, Lok Sabha elections: CEO

Srinagar: Jammu and Kashmir Chief Electoral Officer (CEO) on Friday said that Election Commission of India (ECI) is yet to take a final call on conduct of Parliament and Assembly elections simultaneously or separately and a decision in this connection is expected in coming few days. 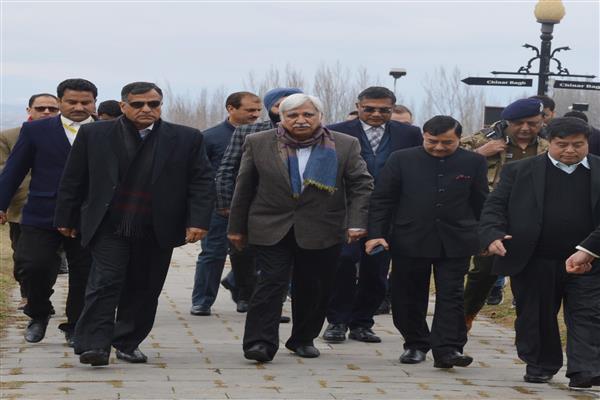 Jammu and Kashmir Chief Electoral Officer Shailendra Kumar said that Election Commission of India is yet to take a final decision on holding simultaneously or separately Parliament and Assembly elections in Jammu and Kashmir.

A decision in this connection will be taken in next few days after due consultations with the Union Home Ministry and security agencies providing security for the poll relate activities.

He said the poll dates will also be accordingly announced hopefully in the coming week.

Election Commission of India recently took a brief from all the political parties and almost all mainstream parties overtly and covertly demanded the holding of Parliament and Assembly elections simultaneously and opposed tooth and nail any move to defer assembly elections.(kns)