Casualty figure will be given by government, IAF doesn’t count number of dead: BS Dhanoa

Coimbatore: The casualty figure in the air strike on the Balakot camp will be given out by the government, Air Chief Marshal B S Dhanoa said on Monday while asserting that the Indian Air Force does not count the number of dead.

Addressing a press conference here, he said the death toll depends on the number of people present at the target.

The Rafale jet should come into India’s inventory by September, the Air Force chief told reporters in his first comments since the February 26 attack on a Jaish-e-Mohammed camp in Balakot in Pakistan.

When an adversary attacks you, every aircraft is used, Dhanoa said, adding that the MiG 21 jet used in the dog fight with Pakistan is an upgraded aircraft with advanced weapons system. 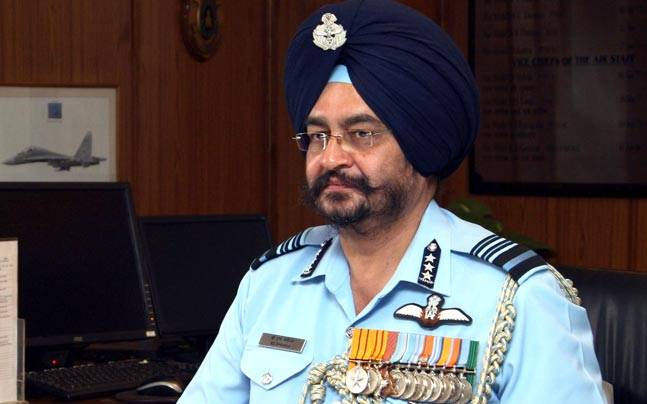 Referring to Wing Commander Abhinandan Varthaman, who was captured by Pakistan on February 27 as tensions between the countries escalated, he said he can’t comment on the politics but was happy the officer was back home.

“We don’t take chances with the medical fitness of a pilot,” he said, adding that Abhinandan would fly a fighter jet if he was fit.

All required treatment will be given to Wing Commander Abhinandan, Dhanoa said.

Abhinandan was released by Pakistan on Friday.

The Air Force, Dhanoa said, has to get its act together and find out what caused the mid-air clash ahead of the opening of the Bengaluru air show on February 19 and helicopter crash in Kashmir last week.