Srinagar: The United Nations has asked the government of India for additional escorts for its military observers in Kashmir after one of its vehicles was stopped by a group of protesters in Jammu, Secretary-General Antonio Guterres’s spokesperson Stephane Dujarric said. 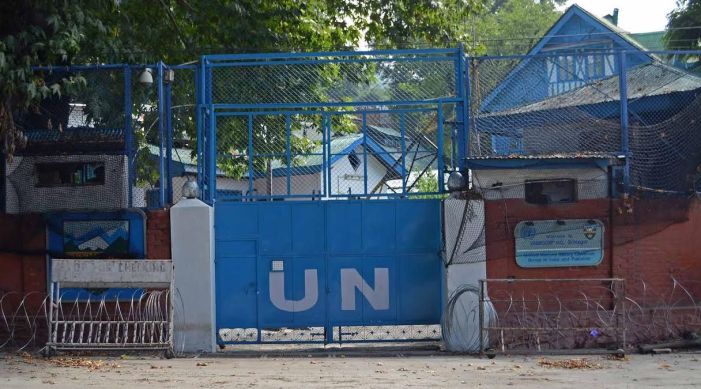 “The observer group reported on February 16 that a UN vehicle in the city of Jammu was surrounded by a group of protesters who placed a Pakistan flag in front of the vehicle. The vehicle attempted to bypass the flag but was unable to do so,” Dujarric told the media on Tuesday, a news gathering agency reported.

He said the circumstances of the incident was “regrettable and unavoidable” and that the UN Military Observer Group in India and Pakistan (UNMOGIP) had informed the governments of both countries.

“The Mission also requested India to provide additional escorts and will be conducting an investigation,” he added.

It was not clear if the protesters were pro-Pakistani or were supporters of India, who used the Pakistani flag to protest what they may perceive as UNMOGIP’s bias and its presence in the state.