Srinagar: A number of residential quarters belonging to Kashmiris were attacked by rightwing mobsters and arsonists Saturday at Janipur area Jammu amid curfew.

A number of people said that they were attacked by the frenzied mobs despite the presence of police.

The mobs entered inside the premises and attacked quarters of Kashmiris while police acted as mute spectators.

Secretariat Employees Union President Ghulam Rasool Mir condemned the attack and urged the administration to ensure the safety of the people from Kashmir and those from the particular community. 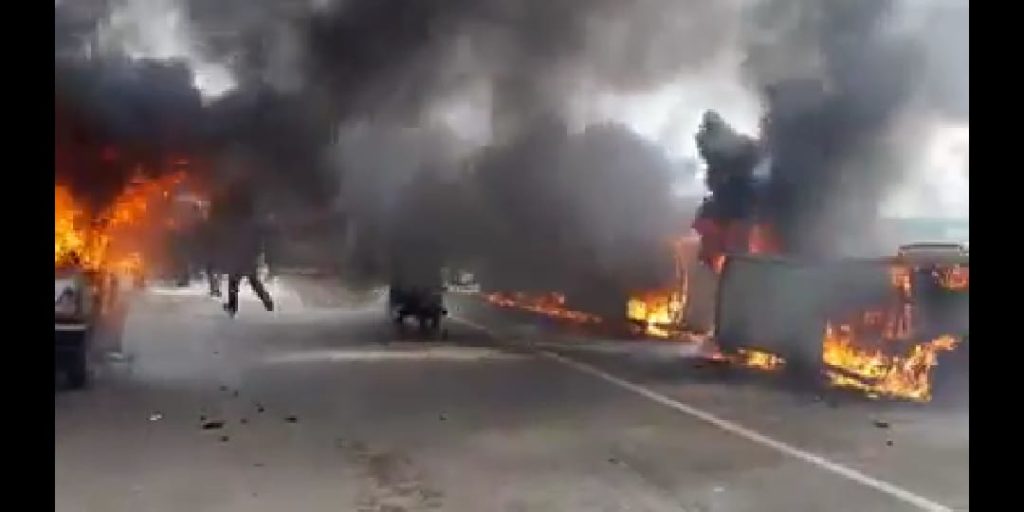 “This is highly condemnable. There are brazen attempts to damage the communal harmony and brotherhood and the administration must swing into action to ensure that such attacks are stopped instantly and that life and property of the Kashmiris and other innocents are protected,” he said.

On Friday, there was widespread violence in which nearly 30 vehicles belonging to a particular community were reduced to ashes while more than 50 vehicles were damaged during a strike called by the Jammu Chamber of Commerce and Industries and Bar Association in the state’s winter capital against Thursday’s attack on CRPF in Lethpora Pulwama in south Kashmir.

The fresh attack on Kashmiris comes despite the curfew imposed by district magistrate from 2:30 p.m. yesterday. Army also carried a flag march and stands deployed in strength across the Jammu city and around other sensitive parts.