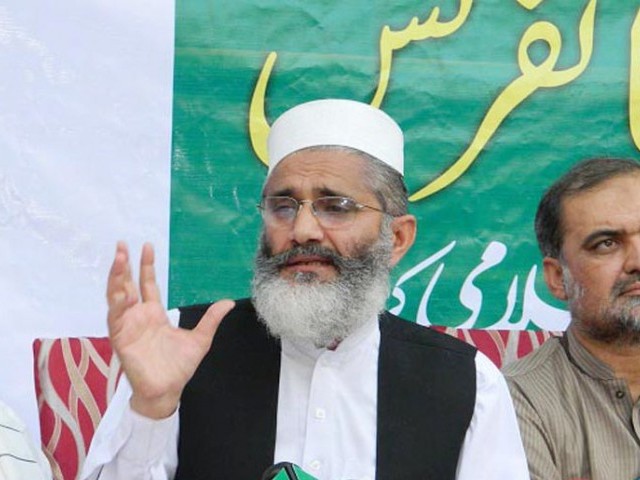 Srinagar: Jamaat-e-Islami Pakistan Ameer Sirajul Haq has said that the past governments, as well as the present government, only verbally terms Kashmir as its jugular vein.

Addressing the ‘Yakjehati Kashmir Conference’ on Sunday, he said that the JI would observe February 5 with great enthusiasm to express solidarity with the innocent Kashmiris who are facing “Indian atrocities” while the entire world is silent over the “Indian cruelty”. “On Kashmir Day, the JI will take out protest rallies from Karachi to Khyber and Kashmir,” The News International reported.

Siraj expressed grave concerns over the country’s prevalent political and economic situation. “The PTI government has failed to deliver for masses during the last six months. The country has been overburdened by Rs2240 billion debt due to government’s foreign borrowing policy like the previous governments of PPP and PML-N,” he added. The government has also failed in making legislation through the parliament and its leadership is responsible for that, he said.

The JI Ameer alleged that Punjab government has failed to fix the responsibility of Sahiwal massacre. He also demanded arrest of the killers of SSP Rai Tahir and Maulana Samiul Haq. He said that the masses were once again disappointed after the last general elections as the present rulers had failed to give relief to the masses.

Siraj expressed disappointment on the performance of Punjab Chief Minister Usman Buzdar as he failed to resolve the basic issues of the poverty-hit areas of Cholistan desert and other south Punjab area.