Srinagar: Spontaneous protests erupted at University of Kashmir on Saturday against the civilian and militant killings in Kashmir.

The students, they said, termed the civilian killings in Pulwama as “a massacre, a bloodbath”. 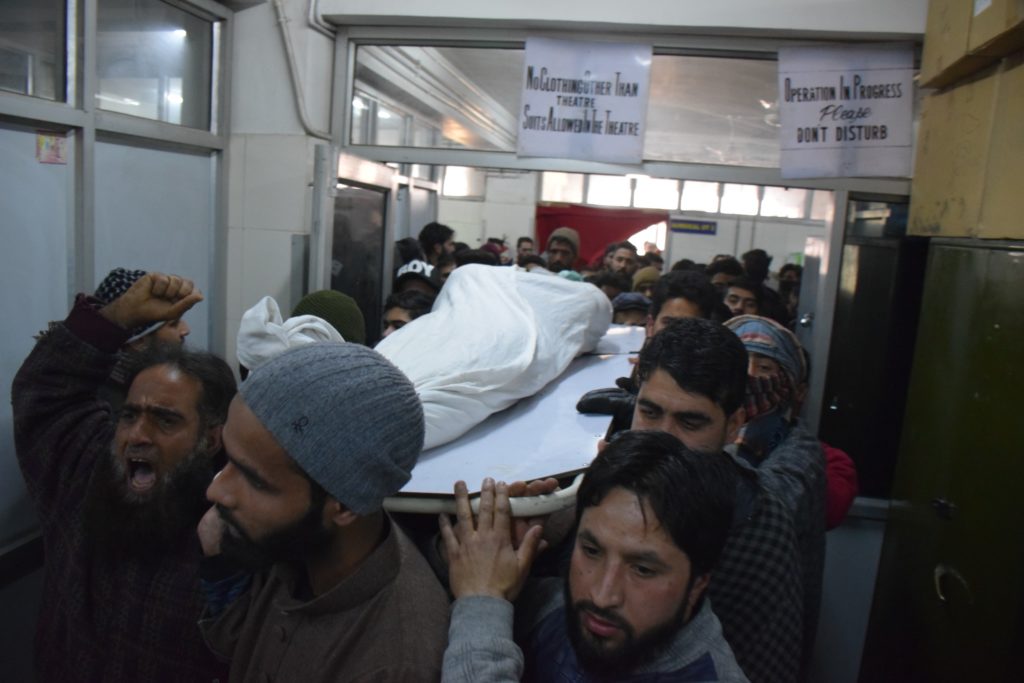 Mourners carrying dead body of a civilian in Srinagar’s SMHS hospital. The civilian was killed by government forces in Pulwama. (Shah Jehangir)

The students also held absentia prayers for the slain civilians and militants.

Seven civilians were killed by government forces in Sirnoo and Kharpora villages of Pulwama district after an encounter ensued in the later village.

Three militants and an army personnel were killed on the gunfight that last for a brief time.

Besides, more than 50 civilians have suffered injuries in clashes with government forces mostly with bullets. Nine of the injured are said to be critical.