Talking about his plan of mending the traffic in Srinagar, Mattu took to Twitter.

“Have received numerous complaints about traffic mismanagement issues in the city. I have spoken to the SP Traffic (Urban) and sought a review of current traffic diversions and plans. The SMC has been directed to help with decongestion of alternate routes for some relief,” Mattu Tweeted. 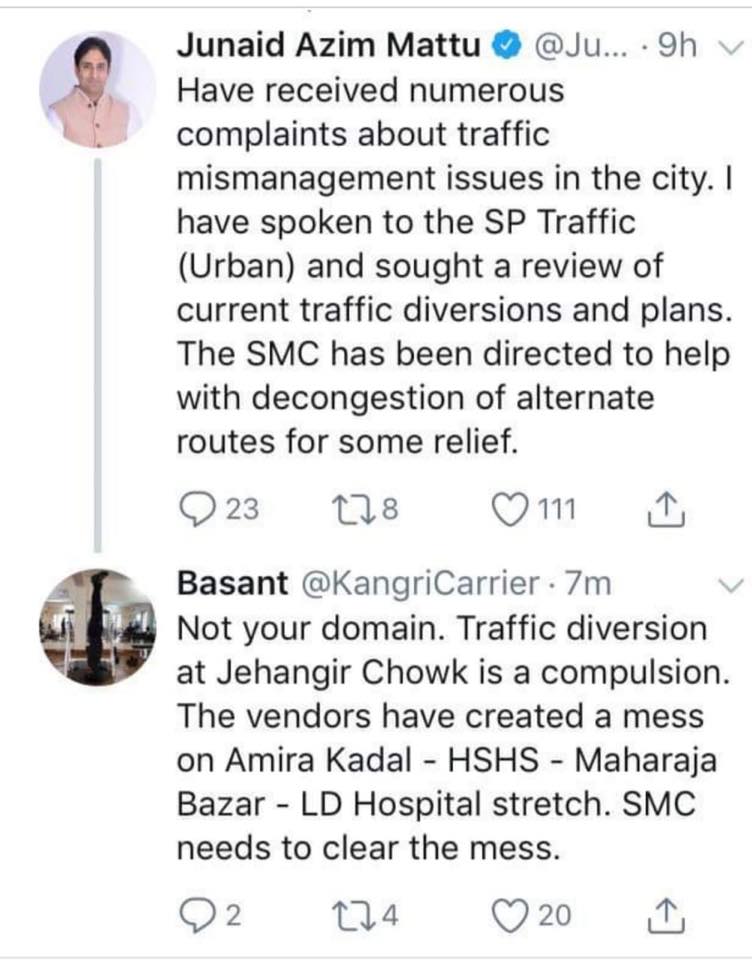 Hitting back at Mattu, IGP Rath wrote that the traffic management was not the mayor’s domain and he should instead clear the mess.

“Not your domain. Traffic diversion at Jehangir Chowk is a compulsion. The vendors have created a mess on Amira Kadal-HSHS-Maharaja Bazaz-LD Hospital stretch. SMC needs to clear the mess,” Rath wrote on his Twitter handle.