Army was trying to disperse the miscreants: Police 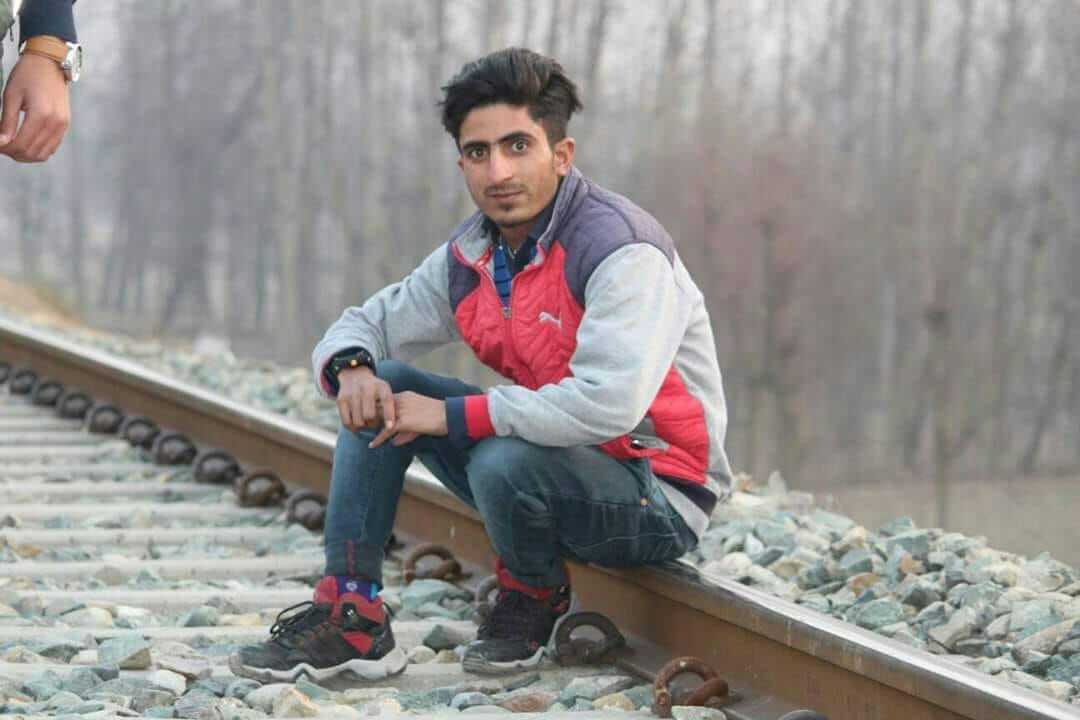 Picture of Shakir Ahmad who was killed in firing (Pic: Whatsapp)

Srinagar: According to the Hawoora villagers of Redwani area of south Kashmir’s Kulgam district, the clashes between the local youth and the goverenment forces erupted after the former refused to show the Idenity Cards (ID).

“The mayhem happened in Redwani after the local youth refused to show ID cards to the forces,” locals told The Kashmir Press.

The locals said following the strike call by Joint Resistance Leadership (JRL) against the arrest of Asiya Andrabi, chief of the Kashmiri women’s separatist group Dukhtaran-e-Millat (DeM) and two of her associates by the National Investigation Agency (NIA), all shops and schools were shut in the area.

“Some youths were sitting on the shop fronts discussing their personal issues when an army patrolling party of 1 RR passed by. The army personals were frisking vehicles and commuters,” the locals alleged.

Body of Andleeba,13 being taken on shoulders (Pic: Facebook)

“As the army men approached near to the place where youths had gathered at the shop fronts, they asked for their identity cards. The youths resisted and did not pay any heed to them”.

As a result, the locals said it infuriated the army men who resorted to thrashing of some youth.

Witnesses also say that the massive protests were triggered after army broke into the school.

Sources said that the army men alighted from the vehicles and straightaway went inside the government run school and went berserk . They vandalized the school and started ruthlessly beating up students and teachers injuring many among them.

They added that the student was dragged out from the classroom barefooted.

During this period forces beat up many students and detained few. However, the youths resisted and clashed with forces.

The locals claimed that several youth including a minor girl were hit with bullets fired by the forces and were subsequently shifted to the nearby hospital located in the nearby Frisal locality.

“Three of them were declared brought dead in the hospital,” locals said.

Those killed were identified as Shakir Ahmad, 22, Irshad Majid, 20 and 16-year-old Andleeb – all residents of Hawoora village of Redwani area.

Another local Tariq Ahmad, while recounting the incident, said that when the protests were going on against the army highhandedness, they fired directly upon the people.

“16-year-old Andleeb who is a class 9th student was killed when she was in the lawn of her house,” Ahmad said, adding, “the army man pointed his gun towards her and fired upon her”.

“In a pool of blood she fell down and died on the spot”.

The locals said that 10 protesters were also injured in the army firing, two of whom received bullet injuries, and were taken to Srinagar hospital for advanced treatment.

Following killings of the civilians, the area remained tense with more protesters hitting the streets.

Thousands of people from Kulgam and adjoining areas later thronged to the village to take part in the funeral prayer of three deceased.

Eyewitnesses said that a group of militants also appeared in their funeral prayers and offered gun salutes to them.

Later all the three were buried in their native graveyard at Hawoora.

The mobile internet services were suspended in Kulgam, Anantnag, Shopian and Pulwama districts after the killings.

The killings happened just a day before the anniversary of the encounter in the year 2016 in which a militant commander Burhan Wani was killed, triggering huge protests across the state.

The police said an  army patrol in District Kulgam while moving through Hawoora Mishipora area was pelted by miscreants.

Consequently army tried to disperse the miscreants and in the process five individuals sustained injuries, the police said.

It said that the injured persons were evacuated to nearby hospital.

However, later three persons succumbed to the injuries including a girl while the other two individuals are stated to be stable, the police added.

Police has started investigation into the matter.