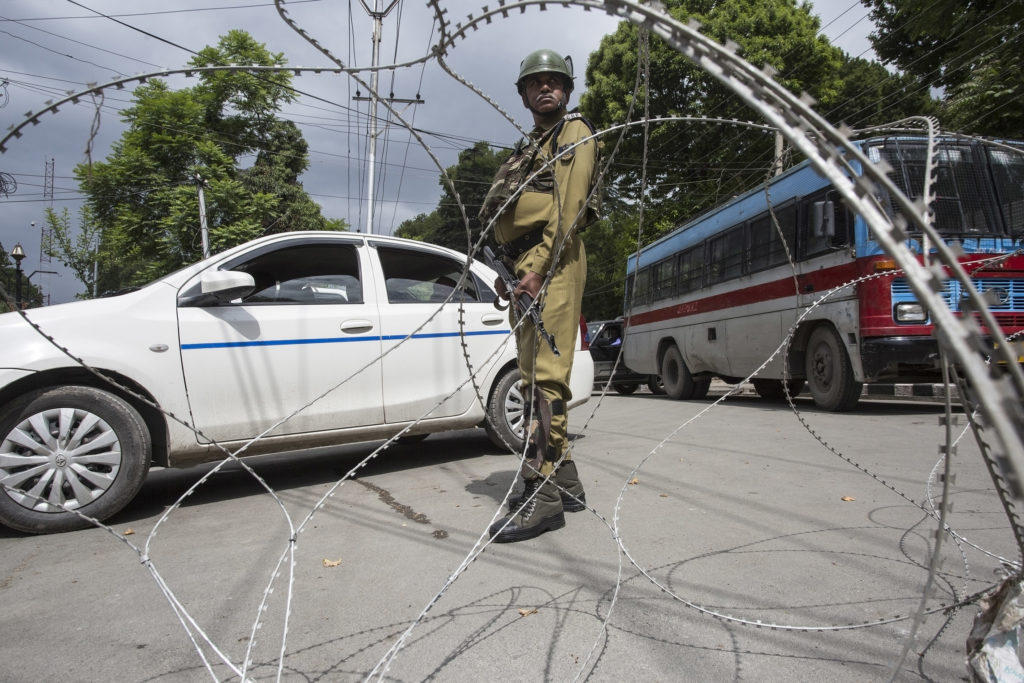 Srinagar: In view of the death anniversary of slain Hizb commander Burhan Wani, the goverenment has decided to impose restrictions in Srinagar areas on Sunday.

Officials in the district administration said that the restrictions will be imposed in the districts falling under the jurisdiction of seven police stations including Khanyar, Nowahatta, Safa Kadal, Maharaj Gunj, Rainawari, Kral Khud and Maisuma.

The officials however said that the partial restrictions will be imposed in Maisuma and Kral Khud.

The officials further informed that the roll number slips of the candidates who are scheduled to appear for the different exams on Sunday will be treated as curfew pass.

Earlier, Joint Resistance leadership (JRL)  has called for the complete shutdown across the Valley on Sunday in view of the second anniversary Burhan Muzaffar Wani who was killed in an encounter along with his two associates in Bumdoora village of Kokernag area of South Kashmir’s Anantnag district on July 08 of 2016.

Meanwhile, police and paramilitary personnel have been deployed in strength across the Tral township to prevent rallies marking the second death anniversary of Burhan Wani.

All entry points to the town have been sealed by forces to enforce the curfew.

Curfew was announced in the town early morning by authorities through public address systems. Residents who had come out of their homes to fetch milk and bread were asked to go back.

Mobile internet service was also snapped in most parts of the Valley on Saturday following the killing of three civilians at Hawoora, Kulgam in south Kashmir.