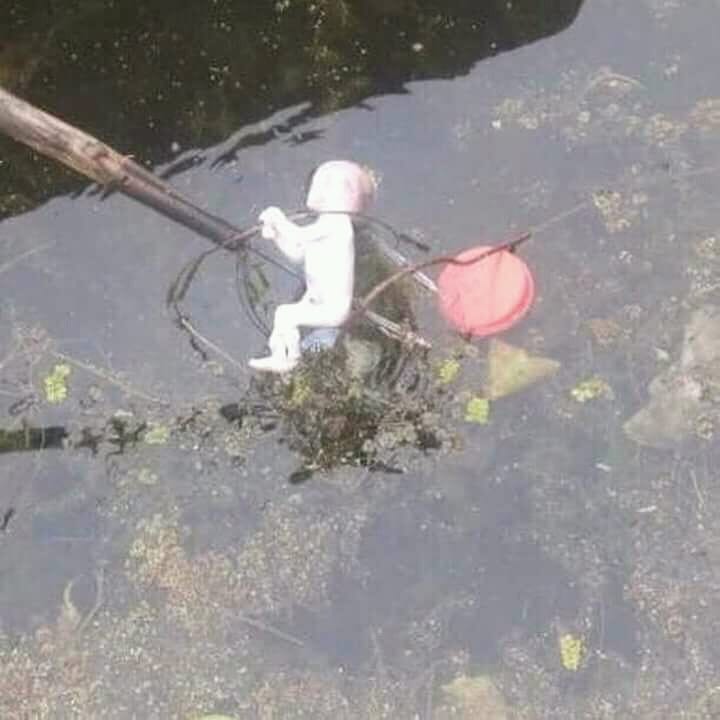 Abandoned baby being fished out

Srinagar: In what points towards the growing callousness and degrading social values in Kashmir, a body of a newborn baby boy was found abandoned in the waters of Dal lake at the Ranawari locality.

The incident happened on the morning of June 29 when a Srinagar Municipal Corporation employee during a routine cleaning work spotted body of an abandoned baby with umbilical cord floating on the lake waters.

“On Wednesday morning when the municipal committee members were cleaning the path as usual, they spotted a body of a baby in water surrounded by the weeds,” a local man of Rainawari said.

“He was so scared that he could not gather the courage to fish him out”.

Later, the locals said the police reached the spot and fished out the body stuck in the weeds and the lake water.

Another local man, Haji Ali Mohammad,  who introduced himself as a shopkeeper told The Kashmir Press; “Whosover has done this, the person is sure to have invited wrath of Allah on himself”.

“Our social values and morality has hit a all time low”.

Terming the abandonment of new born baby as an “inhumane act,” he said it was important to find the culprits who were so cruel to the tender soul.

“This incident needs to be investigated. What was the fault of the baby?” Haji questioned.

Meanwhile, police official at Rainawari police station said that the municipality workers were at the lake waters in Jogi Lanker when they spotted new born baby.

“We brought a fish nettle with long handle. Then we fished out the baby. It must have been in the water for almost 2 to 3 days,” the police said.

The police said they have registered the case under FIR no 46 2018 u/s 318, and the body has been sent for postmortem.

“We have also taken DNA sample to investigate the matter,” the offical said.

“It looked like that he was a 2-day old baby because the umbilical cord was still attached to his body”.

The police said after taking samples from the body of new born, permission was sought from the Deputy Commissioner for his burial.

“We will get the post-mortem reports. Only then we will be able to know the cause of death and whether he was born dead or whether he died after birth and how long he was floating in the water”.

The police said medical reports will be sought from the Government Medical College, Srinagar.

“It may take one or two months to come,” offical said.

“The evidences would be preserved because this is a condemnable and a shameful act,” said the official.

Earlier in March, a picture of a newborn baby lying on a wet muddy road in Srinagar went viral on social media.

The photo of the lifeless baby was said to be found near a washroom in Srinagar’s Gunj Baksh Public Park at Nowhatta. The baby was dragged by the dogs after it was abandoned.