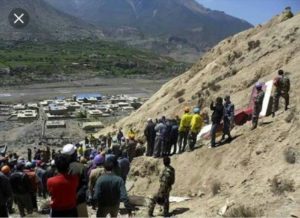 Kathmandu: As many as 15 settlements in Nepal’s Tehrathum district have been identified as landslide-prone areas and an alert has been sounded about the danger this monsoon.

The alert was sounded by the Tehrathum District Natural Disaster Rescue Committee.

The committee is also raising awareness and conducting disaster preparedness programmes in the settlements, a report in Nepal Daily The Kathmandu Post said.

According to Chief District Officer Bednidhi Khanal, people of the concerned settlements had been notified about the danger of landslide.

The people have been urged to make necessary reparations against landslide-related disasters, he added.