Afghanistan stage a comeback with late wickets, but India cruise ahead to post 347/6 on Day 1 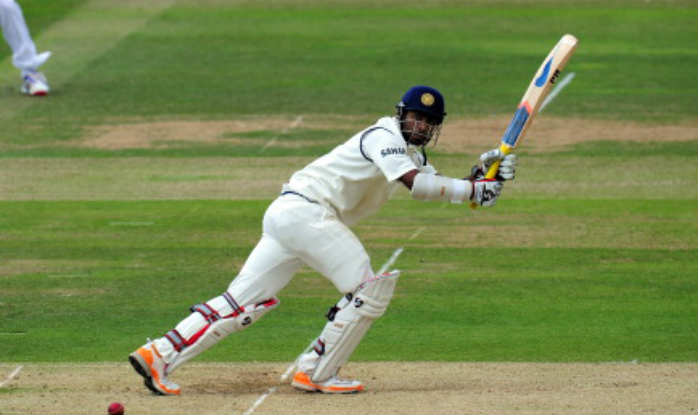 Bengaluru: After being taken apart in the morning session in their maiden test match against the number-one ranked test side, India, in south Indian city of Bengaluru, the minnows Afghanistan staged a dramatic comeback by removing two centurions, Shikhar Dhawan and Murali Vijay, in quick succession in the post-lunch session.

In post lunch session, KL Rahul too was removed after he made a fifty.

In the third and final session, the Afghan spin duo comprising Rashid Khan and Mujeeb troubled Indian batsmen and dismissed Ajinkya Rahane (10) and Cheteshwar Pujara (35) while the wicket-keeper batsman Karthik was run out.

Mujeeb and Khan took a wicket each.

Late wickets did lift Afghanistan’s morale, but India by then had crossed 340-run mark on Day 1.

On Day 1, India won the toss and chose to bat first. In the first session until lunch India were 158 for no loss, but lost a wicket of dangerous Dhawan soon after lunch.

Dhawan was caught in the slips after nicking a ball from pacer Yamin Ahmadzai.

Afterwards, M Vijay and KL Rahul forged another big partnership of 102 runs before the former was trapped plumb in front while leaving the ball without offering a shot.

Vijay did review the decision, but the umpire’s call prevailed.

Minutes after, India lost their key batsman KL Rahul who played on to an incoming delivery by Yamin Ahmadzai.

It was Ahmedzai’s second wicket in the match.

It appeared that Afghanistan found it hard to compete against India in the first session of the test match.

In their historic test match appearance, Afghanistan are pitted against the world’s number-one ranked side India.

Afghanistan’s star leg-spinner Rashid Khan found the going tough in the test format as he was taken to the cleaners by India’s opening pair.

Dhawan was particularly very harsh against Khan, as the latter conceded 51 runs from his first seven overs. But he then made a comeback by removing Ajinkya Rahane who reviewed the decision to no avail.

After this test match against Afghanistan, India will travel to England for a long series.

In the last session of Day 1 of their maiden test against India in Bangaluru, the minnows Afghanistan crawled their way back into the game by removing the dangerous Cheteshwar Pujara, Ajinkya Rahane, two centurions Shikhar Dhawan and Murali Vijay, and KL Rahul.