The bridge will give easy access from city to Railway Station, Airport; road on the either side being widened 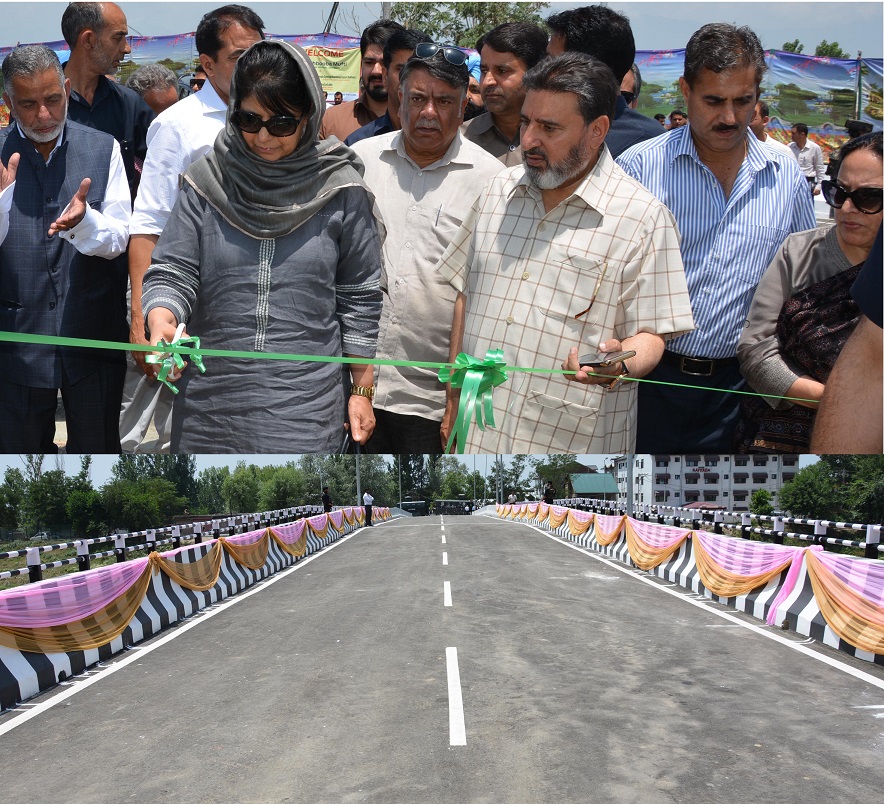 SRINAGAR: Giving a major push to the traffic decongestion plan of the government, Chief Minister, Mehbooba Mufti on Monday inaugurated the newly constructed Mehjoor Bridge over flood channel on the Jawahar Nagar-Natipora-Chanapora axis.

“The bridge would help in decongesting traffic on the southern part of the city and it would also give direct and easy access from Jawahar Nagar and adjoining areas to Srinagar Railway Station and Airport,” she said.

“The construction of the bridge is also part of a mega road widening project from Mehjoor Nagar to Nowgam via Padshahi Bagh”.

The foundation for the bridge, which has been constructed by Economic Reconstruction Agency (ERA) in record 18 months at a cost of Rs 20 crore, was laid by the Chief Minister in December, 2016. The bridge would be 105 metres long with footpaths on both sides and a provision for utility ducks in future.

Complimenting the people of the catchment areas on the construction of the bridge, the CM hoped that it would ease the traffic movement on the Jawaharnagar-Rambagh axis by a great measure, thereby saving the time of commuters.