‘Good Kashmiri’, ‘bad Kashmiri’ through the gaze of camera 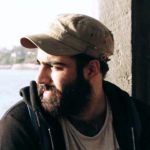 In the last week of September of 2017, a short video was released by the J & K Tourism Department on its YouTube channel. It attracted immediate attention. Shortly after its release, it also surfaced on social networking sites and went viral.

Surprisingly, many of us identified with what was shown on the video. Those of us who did not dismissed the video as a totally false representation of Kashmir, which was true.  In fact, there was much more to it than what we could see, than what we were shown, than what we did not see. So, I felt that there was a need to explain how the gaze of the camera operates in Kashmir.

As part of the Indian military occupation, and from an obvious colonial point of view,  the gaze of the camera attempts to airbrush nuances of the native Kashmiri identity in the way  that the gaze, as explained by Lacan, reduces a ‘being’ to a ‘ non-being’ by turning it into mere object. It builds a narrative around the elucidation of this native identity to suit its interests, nationalist or otherwise, from two extreme positions.

First, the native Kashmiri is portrayed as extremely gullible, and the gaze of the camera seeks to understand his predicament, a cruel ‘assumption’, and a neo colonial tactic. The identity of the Kashmiri is infantilized, and he is portrayed as so hospitable that he ignores everything else:  the home he must go back to and hasn’t yet and it’s late; the inevitable rage his wife will greet him with when he gets back there; the sugar he had to buy and didn’t because he chose to show his colonizer around, and takes him and his wife for a shikara ride, an exhausting trek, and on and on …

Truth is, he is trivialized and presented to the larger viewership as ‘exotic’, ‘ hospitable to a fault,’ and most importantly, ‘ one of our own.’  The binary of hospitality and hostility, though not made apparent in all of its manifestations, is very much there in the backdrop, and as omnipresent as the Indian solider in Kashmir.

The voyeur is the third gaze, in this case the larger ‘Indian’ viewership, for whom the gaze of the camera works hard to show what they want to see,  so that they can get off on what they collectively demand the elemental cultural, geographic identity of the native Kashmiri to be. One must never confuse an Indian with a mere spectator. He’s always an active participant in the violence his army unleashes on the native Kashmiri.  He already thinks that the native, the Kashmiri, is his docile slave.  This is despite the real native shouting at the top of his voice that he refuses to be enslaved.

The binary of hospitality and hostility, though not made apparent in all of its manifestations, is very much there in the backdrop, and as omnipresent as the Indian solider in Kashmir

Now, coming to the nature of gullibility as seen through the gaze of camera, which one might as well call ‘cinematic sublimity.  Why is the mask of gullibility introduced here? By simulating gullibility through cinematic sublimity, and by adding colorful vistas, fake joy, lackluster handshakes, the immersion into spirituality through tender rabab music, ‘ sahibo, sahibo’,  a bonfire, and a virtual exotic Disneyland,  a  nonexistent aesthetic and false human values are simulated. This caters to the imagination of the voyeur who can only understand and accept the native behind a mask of gullibility. What hides behind it all is a torture house. What’s concealed is sheer deceit and horror.

The gullibility in the gaze of the camera unmasks itself, and quite shamelessly reveals the subtle sidelining of popular narratives and the introducing of a new one customized for the colonizer crowd.  Radical negativity, steeped in the dark abyss, traits of the native Kashmiri of your imagination, is not ‘ real’. The jolly fool is the authentic one. The IAS native, the elite native, those are more of the real native species.  Efface everything and start over. And with the new perception further the occupation in every possible way.

The voyeur is the third gaze, in this case the larger ‘Indian’ viewership, for whom the gaze of the camera works hard to show what they want to see

Second, the gaze of the camera essentially works as a tool for implicitly invoking the good- bad, hospitable-hostile binary. One native is pitched against another. All of the language of this approach is overtly provocative.  It is based on (1) demonizing; (2) dehumanizing; (3) gratifying (if the native were to transform into a house Negro someday); and lastly all of it combined into (4) objectification.

Behind the gaze of the camera, the house Negro and the gullible native both are play things in the hands of the hyperreal phantom – the Indian occupation.  Although the real native offers resistance and tells the phantom that it hardly matters to him how he is presented to the voyeur viewership, or to the collective Indian conscience, the house Negro, the subcontractor of the Indian occupation in Kashmir, helplessly plays along. There’s no mercy.

Now, one might think that the first extreme and the second extreme are two stand-alone entities, but are they really?  One must realize that they work in tandem; they are two of the same structures, though seemingly separate. And using the analogy of the theory of the signifier- signified, if the Indian institutions of power are to serve and legitimize the ‘military occupation’ in Kashmir, the first extreme is the definite signifier, and second extreme the signified, or vice versa.

So, what it all boils down to in the final analysis is that the truth about the Indian gaze of the camera in Kashmir is ugly in each of its forms, and that includes the JK Tourism Department video.

Omair Bhat is a poet based in Srinagar

One Response to "‘Good Kashmiri’, ‘bad Kashmiri’ through the gaze of camera  "