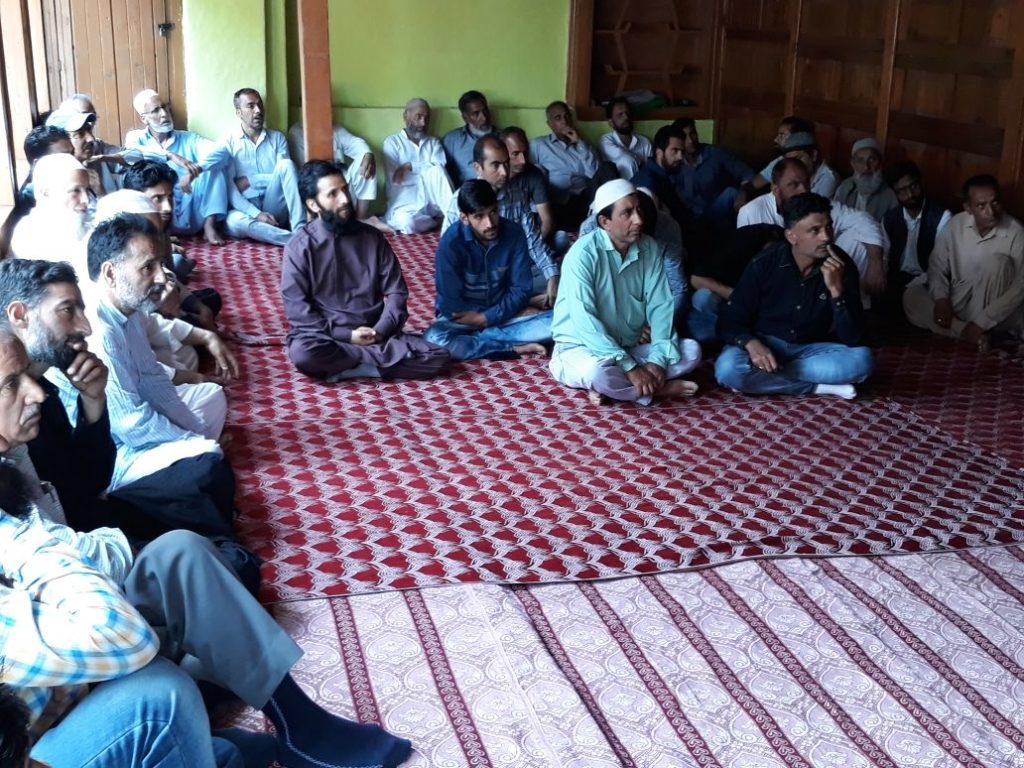 Waza while addressing mourners at Qaisar’s home paid Glorious tributes to slain youth and expressed sympathy with the slain’s  family.

He said the killing spree of Kashmiris by the forces continued despite the so call Ramzan cease fire, “people are either  killed by bullets or pellets, and now by crushing under them their vehicles,” he said

He stressed that the problem in Kashmir was neither  administrative nor of law and order but a dispute linked to the political future of citizens of Jammu and Kashmir, “It needs to be resolved as per the will and aspirations of the people of Kashmir,” he said.