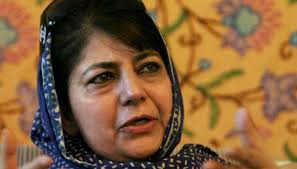 “It has been brought to the government notice through search of websites of airlines and media reports as well as feedback from air travellers that air fares have registered a sudden spurt,” the CM written in the letter.

“In view of the above, all the airlines must be directed to ensure that fares offered remain within the fare band uploaded on the website of respective airlines”.

According to the official sources, CM has requested the minister to direct the Directorate General of Civil Aviation (DGCA) to sought immediately details from airlines on their pricing policies, especially about fares being charged by them on the Jammu and Kashmir sector in this peak tourism season or whenever the Srinagar- Jammu highway remains cut off due to inclement weather.

Many locals and tourists have complained that since past one month, passengers traveling to Kashmir are getting tickets at highly exorbitant prices.

Tour operators have also complained that surging air fare has forced tourists to cancel their visit to the valley.