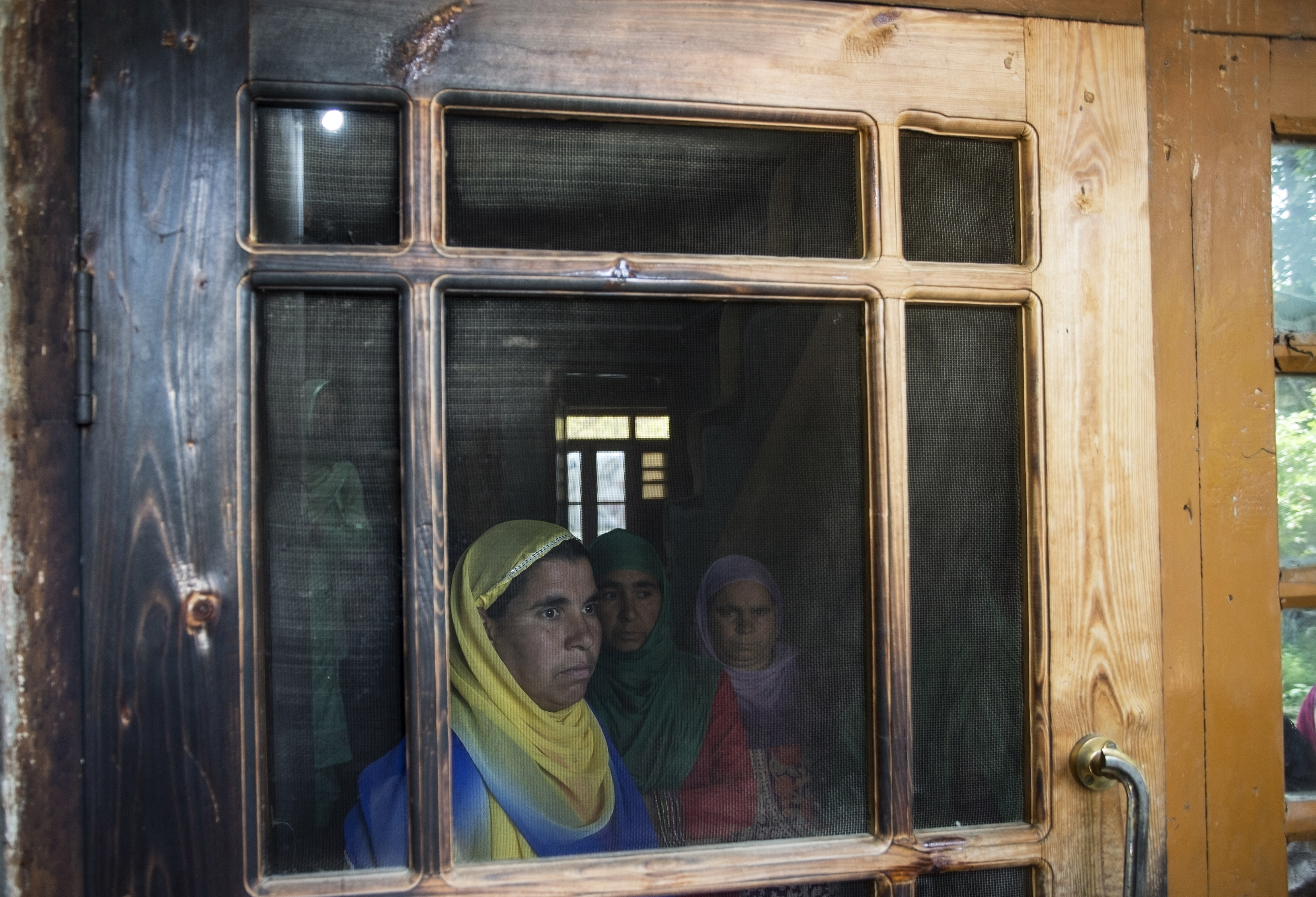 Srinagar: Family members of Adil Ahmad Dar, an active militant of Jaish-e-Mohammad (JeM) outfit, have accused the Indian Army of “attempting to burn down their residential house” at Gundibagh in south Kashmir’s Pulwama district.

Talking to The Kashmir Press, the family alleged that “At around 12 am, troopers of the Rashtriya Rifles placed heaps of dried grass around our house and sprinkled kerosene on the walls of the residential structure.”

“It was the smell of the kerosene that woke us up,” said Abdul Rashid Dar, uncle of the militant Adil Dar alias Waqas. 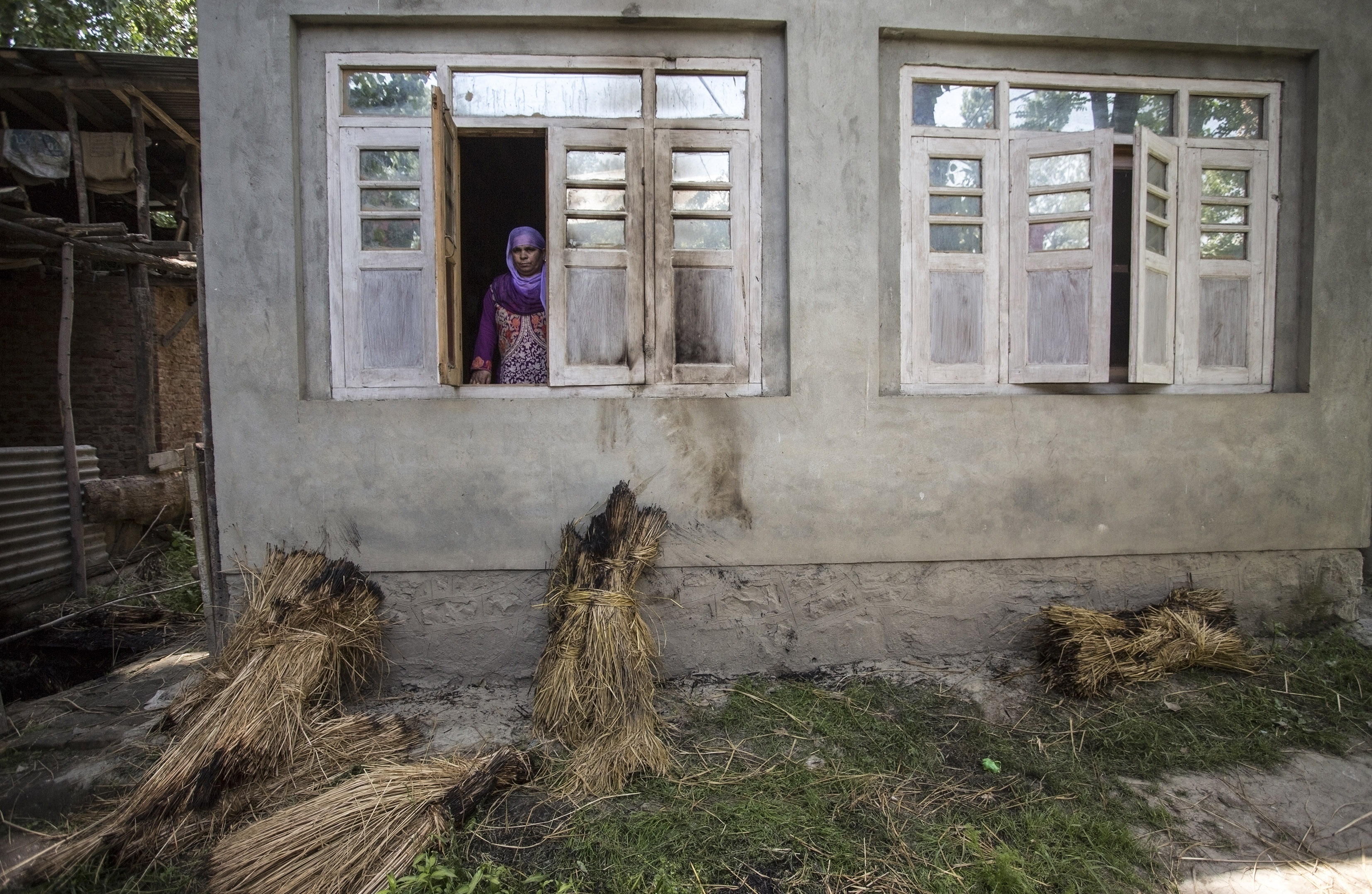 House that was burnt down (Picture credit: Abid Bhat)

Dar alleged that earlier in the day the RR troopers “shot a video of our house.”

“Little did we know that they had plans to set our house on fire later,” he said.

According to Dar, the family members raised alarm after noticing the flames and “with timely action of our neighbours, we were able to save our house.” 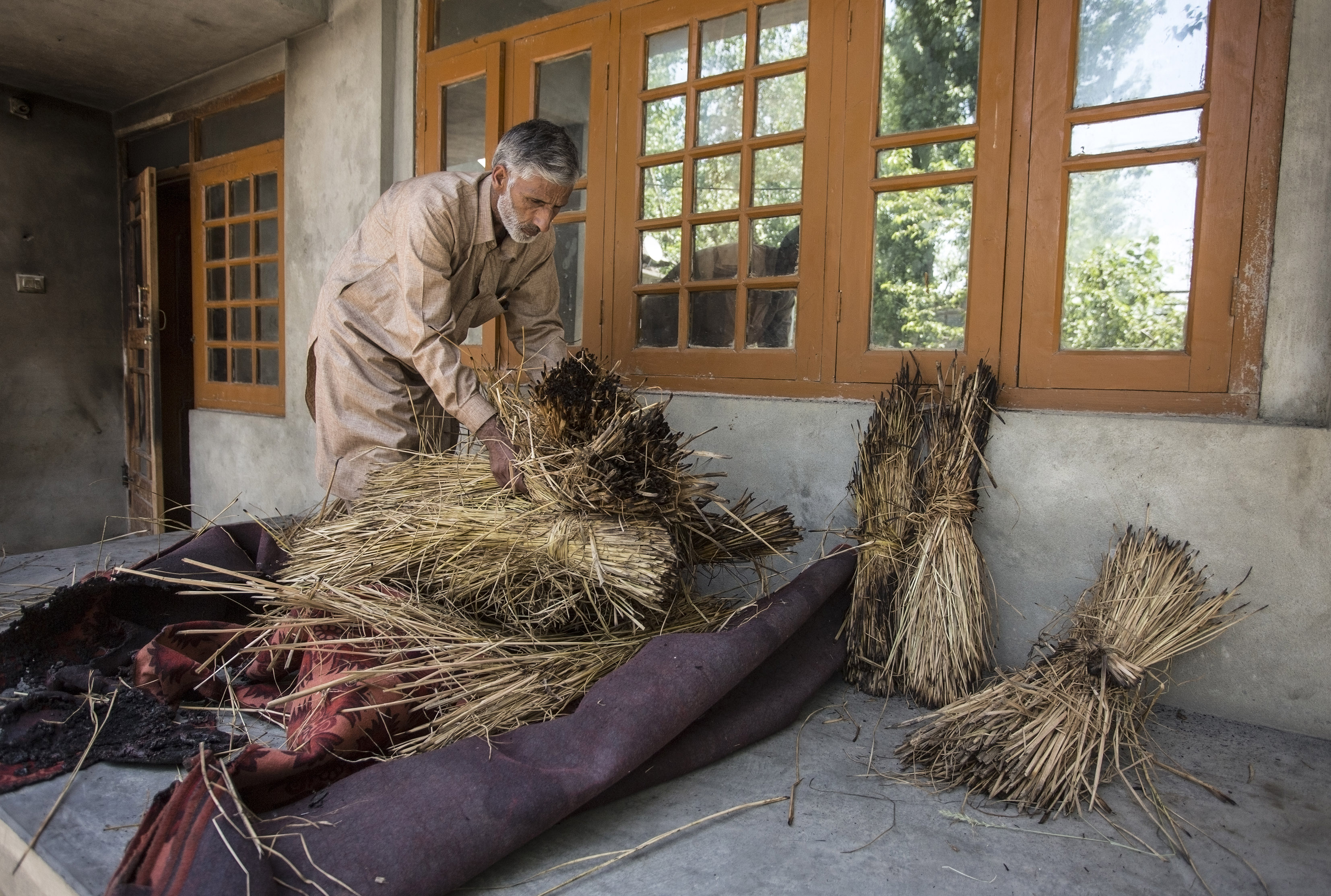 He failed to comprehend why the family members were being targeted when the fight is between militants and government forces?

Amidst sobs and wails, the Gundibagh villagers along with the victimised family members in a swift action kept on pouring water onto the targeted house.

Meanwhile, in a video that has since gone viral on social media, locals can be heard accusing the government forces of attempts to set the house of JeM rebel on fire.

In a 3-minute-long video that has obviously been shot during dark hours, locals can be heard accusing troopers of the RR deployed in Kakapora Pulwama camp of placing dried grass around the militant’s house. 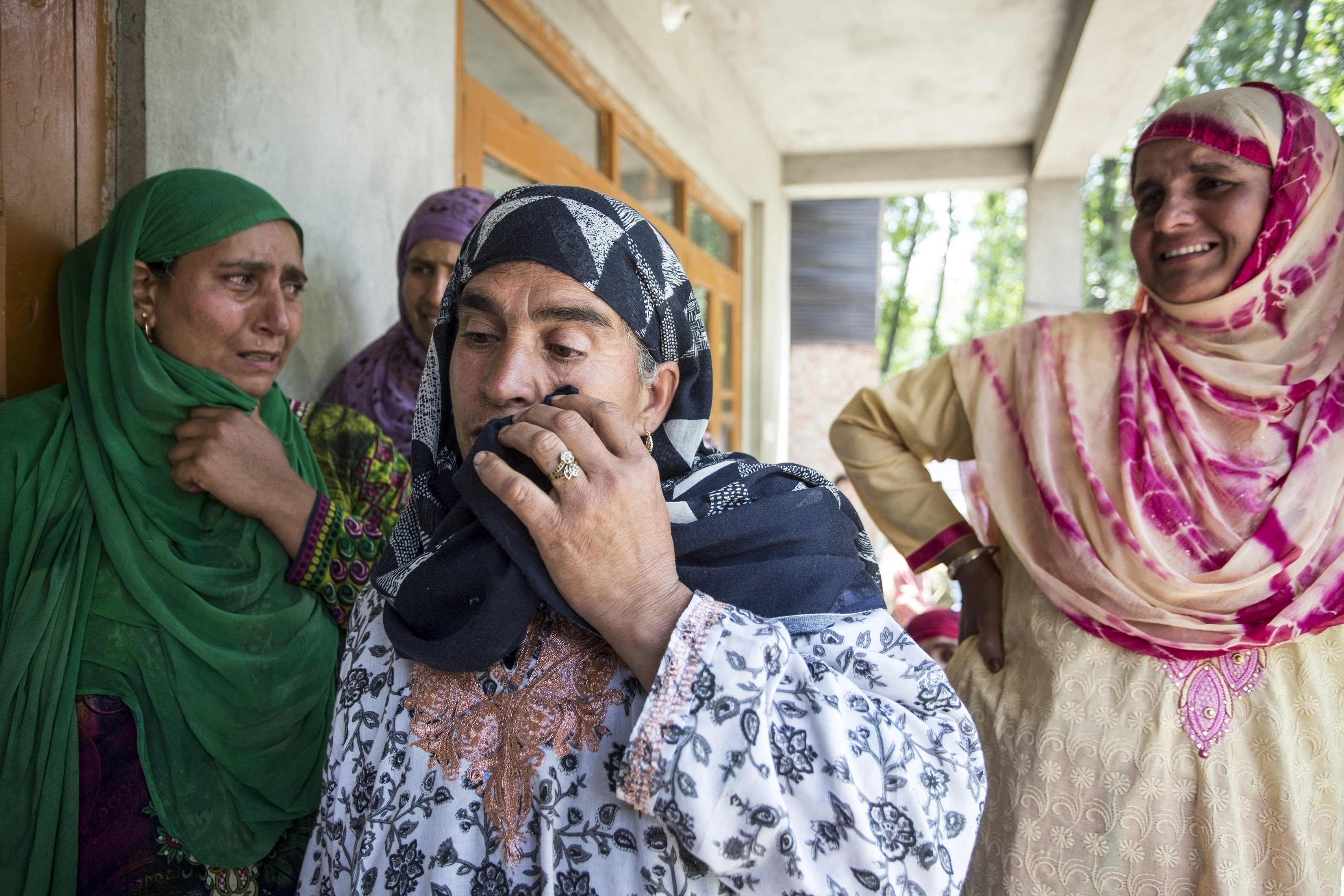 Female members of the affected family can be seen displaying their burnt belongings in the video the authenticity of which The Kashmir Press could not independently verify.

This is the second attempt in last three days in which a house belonging to a militant has been allegedly targeted by government forces in the holy month of Islamic calendar, Ramzan.

On Tuesday, government forces allegedly vandalized house of Hizb commander Zeenat-ul-Islam. His family alleged that government forces had stolen mobile phone, cash worth INR 22000 and damaged a laptop worth INR 70,000 besides damaging doors and windows of the house. 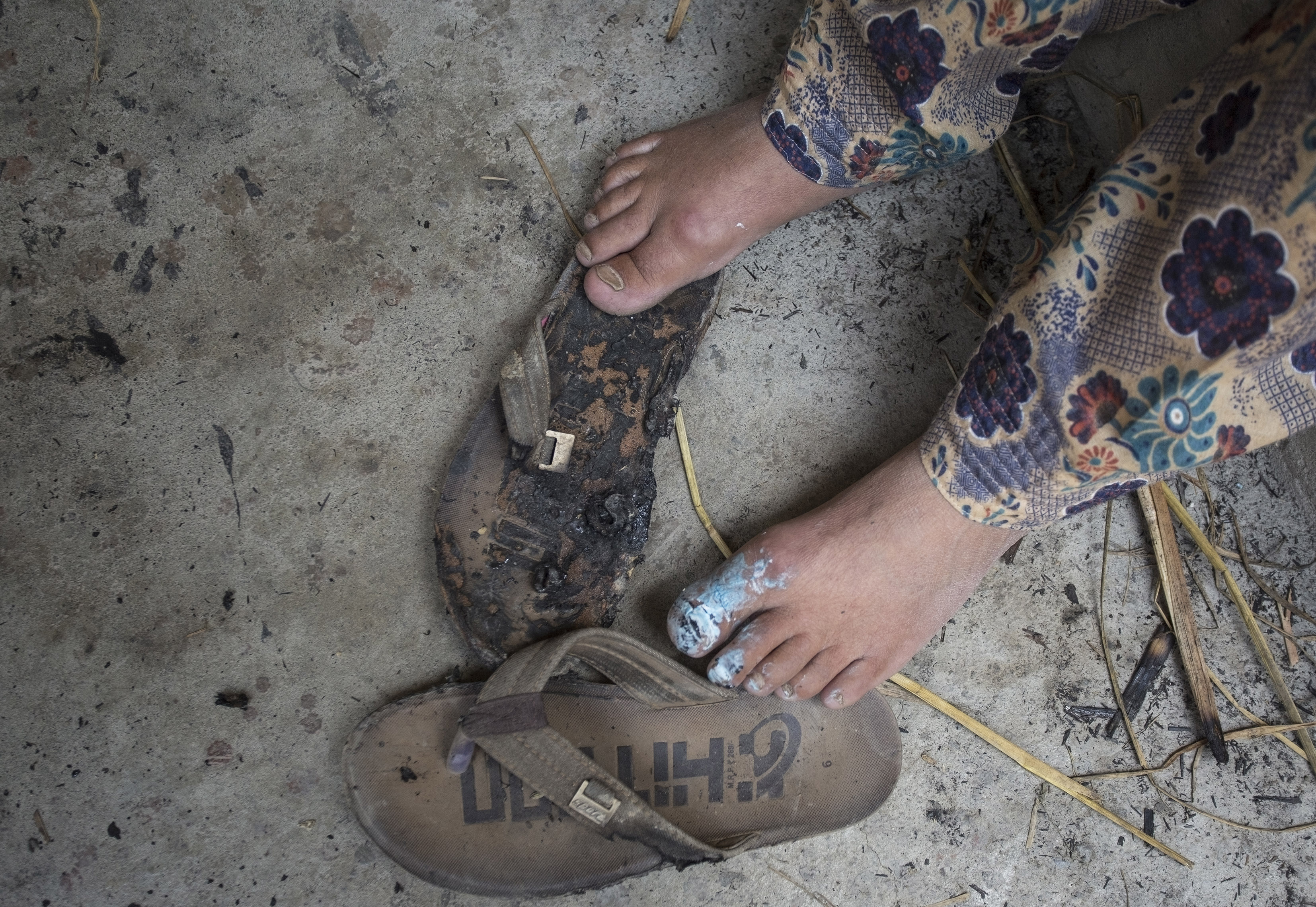 When contacted by The Kashmir Press, Public Relation Officer Defence, Colonel Rajesh Kalia denied the allegations that Rashtriya Rifles’ troopers had tried to set the house of a militant on fire.

“These allegations are baseless,” he said.

Khurram Parvez, Kashmir’s leading human rights defender and coordinator Jammu and Kashmir Civil Society (JKCCS), said on Twitter that “According to International Humanitarian Law, the destruction or seizure of the property of an adversary is prohibited. Under the Statute of the ICC such destruction of property constitutes a war crime.”