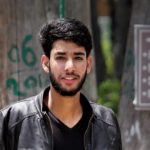 Three years ago, a professor in my college told me how murky things were when he was my age.  “There were students working for different agencies. The college was about politics and spying more than about education and learning,” he revealed.

“Some were so powerful that they would openly carry pistols around with them.”

It seemed like a story from a movie, and I thought people of my generation were lucky. Everything in the college was now peaceful, I thought.

Then one day my friend got a phone call from an army officer. “He demands to see you and me,” my friend said when he called me. I was bewildered; the officer had not disclosed the reason behind the unexpected summons.

I was wondering then how an army officer could know my name, and from where he had gotten my friend’s phone number?

The next day, we gathered the courage to go and see him.

It seemed like a story from a movie, and I thought people of my generation were lucky. Everything in the college was now peaceful, I thought.

Before, we had filled out a leave application for our department, citing that we had been summoned by an army officer. This was out of fear and for safety!

After registering our names and proving our identity at the gate, we were asked to wait at the army garrison, located on a hillock and heavily secured by layers of concertina wire.

We called the officer’s phone but he was not there. He told us to wait. With gun-wielding soldiers moving in and out of the barracks, tension was mounting in my head. I was wondering what might happen to me next.

If anything wrong happened, what would my parents think? All sorts of things were racing through my head.

Finally, after an hour, a tall, thick-muscled man, donning army fatigues and a hat, came and took us to his office.

He began by asking our name, information about our families and our future plans. After a few minutes, we got to know why we had landed up here.

A few days ago, we had an argument with a friend and classmate on his Whatsapp-group.  He was angry about our casual comments, something common among students.

But to “teach us a lesson,” he had informed the military authorities without having first complained to the faculty or the local police station, which would have been more appropriate if we had done something really “wrong.”

Initially the officer was agitated, but we explained to him what had happened. Ultimately, it was my bylines in different newspapers that saved us!

“You seem to be nice guys; otherwise my plans for you would have been different. You know what I mean,” the officer said to us. His different plans could have been anything.

The army officer later began talking about his own academic background and his views about things going on in Kashmir. He clearly was not even interested in this small issue that had brought us there, but was clearly directed by someone to “teach us a lesson.” Later, he even offered us tea.

However, anything could have happened to me and my friend. We could have even been killed or disappeared, who knows? We know how people have gone to army garrisons and never returned. But, thankfully, the officer looked reasonable.

I hold no grudge for the person who did it to us, and whom I still consider a friend.

Actually, it really isn’t his fault. The problem is the sheer power behind somebody, once he has become an asset. The forces are always keeping their services at the disposal of “their people on the ground.”

When we were leaving, the officer asked us to have lunch with him next time. He wanted to befriend us. Next time when I encountered an annoying person I could then call him also to have a summons issued to him.

I hold no grudge for the person who did it to us, and whom I still consider a friend.

A few days ago, an army officer, Leetul Gogoi, was denied entry into a hotel as he was accompanied by a local girl and was later arrested by the police following objections from locals. The army has started an internal inquiry into the matter.

At the same time, the local girl is being shamed by society.

Instead of calling out her character, we need to understand that even if she was with the officer on her own will, it is militarization which is ultimately responsible.

We might not even realise how this militarization is affecting our lives, directly, indirectly, and day in and day out, because it has become such a routine presence in our lives.

The power emanating from the garrisons has permanently affected any normal course of life here, and the girl is just another victim.

Hassan is a freelance journalist based in the Kashmir and you can follow him on twitter at https://twitter.com/Aakashhassan