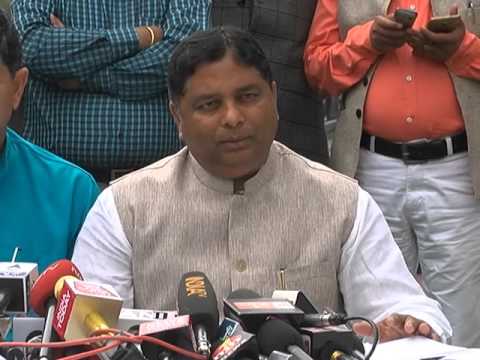 The Minister while inspecting the site of Tawi River Front Development Project directed the officers to speed up the implementation of the prestigious project so that it comes up on the pattern of Sabarmati River Front Project.

He said that the officers should dovetail their efforts to ensure that it comes up a one of the major achievements of the current government as people are mostly attached to the historic Tawi River and are concerned about its preservation, conservation and beautification.

While reviewing the pace of the implementation on the Jammu Ring Road Project, the minister said that the executing agencies should ensure that the project should synchronies well with the existing road networks so that the problem of traffic congestion is checked and people are provided better mobility.

Regarding Jammu Smart City Project, the Minister directed for speeding up the work help Jammu City to grow on developmental front. He asked officers to follow the executing agencies and make sure that the construction work is completed in stipulated time so that Jammu city comes up as one of the model cities of India replete with all the modern and basic amenities of modern housing needs.

Sat Sharma while inspecting the site of Jammu Habitat Centre directed the officers to ensure it comes up as one of the iconic landmarks of the Jammu city. He said that the centre should be provided with all the state—of the recreational facilities so that it becomes one of the major tourist attractions of the city.