Srinagar: Retired Lieutenant General Tej Sapru said that Delhi has not announced a ceasefire at all but NICO which stands for Non Initiation of Counter Insurgency Operations. 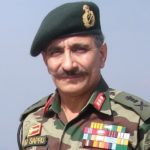 “I appreciate the Government’s declaration of Non Initiation of Counter Insurgency Operations (NICO) as I call it (not Ceasefire). It is an excellent gesture for our people in Kashmir and I do hope that everyone makes the best of it to rethink the narrative positively for lasting peace,” Sapru, a Kashmiri Pandit general, tweeted.

Thus NICO means that government forces would not initiate the counterinsurgency operations and will retaliate if attacked or threatened.

“Has our Home Ministry been outsourced to Mehbooba Mufti? She wanted 9730 stone pelters released- our Home ministry promptly okaye’d it. Just 2 days later they were attacking an army convoy to lynch a JCO and wounded 7 soldiers and later killed a tourist and smashed the head of a school kid,” Bakshi said 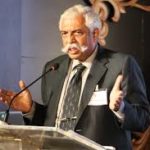 “They have been brazenly disrupting the army operations to kill terrorists. The other day the army chief rightly cautioned against a ceasefire in Kashmir. The 200 odd terrorists are under serious pressure. Every time that happens the over ground workers and separatists start a campaign to stop Army operations, break the momentum of SF and give the terrorists a breather to rest and recoup. The army is being asked to stop operations”.

“Have the terrorists ever said they will stop attacking forces? Have they announced a cease fire? What if they kill two busloads of Amarnath pilgrims? Who will be responsible? Why are we in such a dire appeasement mode?” Bakshi fumed. (CNS)