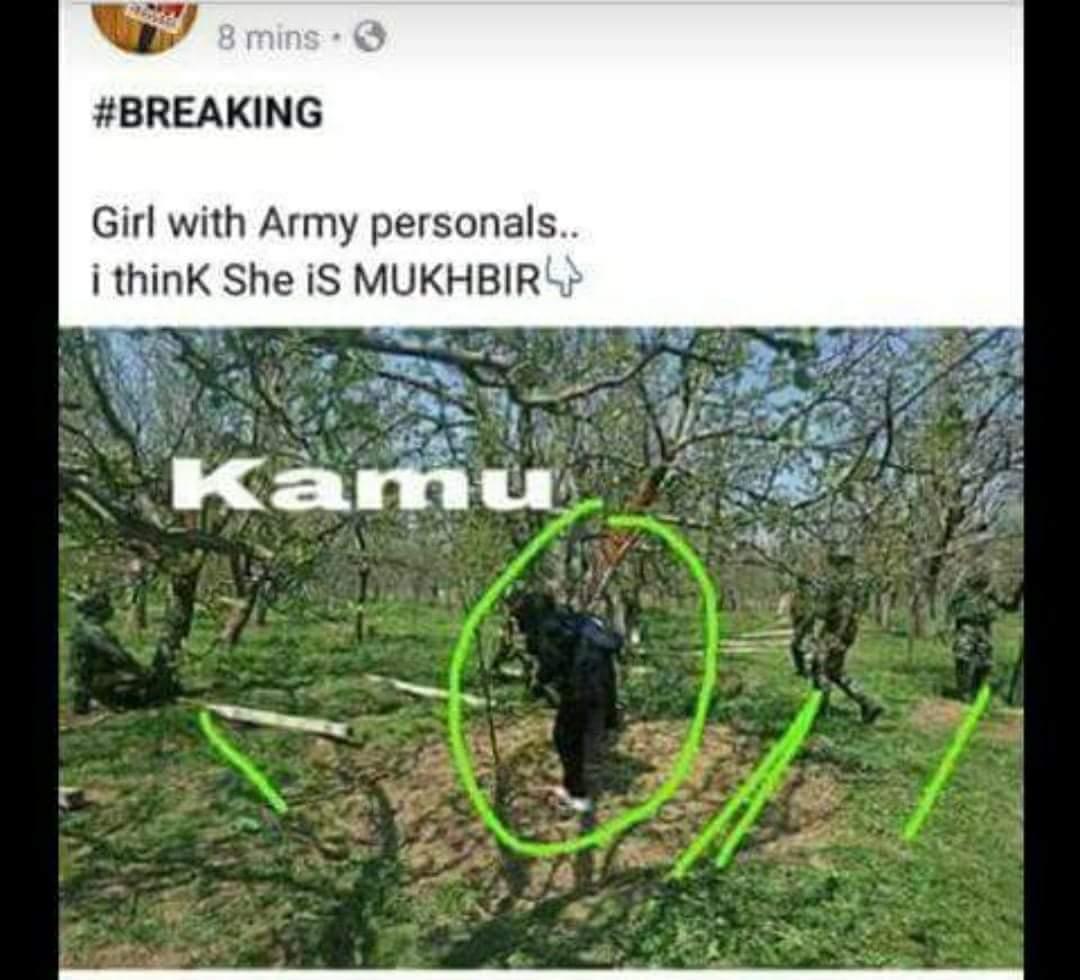 The level of anger was such that many journalists took to social media to register their protest, calling the trolls and fake social media pages, leading the malign campaign against the photojournalists, as “shocking and disgusting”.

“Masarat Zahra, a promising young photojournalist was recently injured while covering protests in Shopian. I’m told, a photo of her from that protest, in which she can be seen covering it, is being circulated online, on some pages etc, where her image is circled and captioned, commented as “mukhbir” etc by some pathetic people online,” wrote journalist Majid Maqbool while defending the photojournalist.

“This is shocking, utterly disgusting, and dangerous and can be discouraging for such young and promising photojournalists like Masarat (there aren’t many of them out there) who are trying to do their job in difficult circumstances here. Please report, block such pages, accounts. I have also seen in recent times how at times our young photojournalists, who are some of our most hardworking, bravest and finest professionals are hit, pushed around, suspected even by people while they’re trying to do their job truthfully and with all sincerity. This needs to stop”

“In solidarity with Masarat. Hope her senior colleagues raise their voice against this harassment, and stand with he,” Maqbool added.

“Let me clear it to those who are circulating this picture and are calling her ‘Mukhbir’. She is one of the young talented photojournalist of Kashmir. She is taking pictures of a siege during a gunfight,” Dar wrote in his facebook post. Zahra uploaded a picture along with the post, saying she was injured during the gun battle and was discharging her professional duties

“Photojournalists always put their lives in risk to highlight people’s suffering through their pictures in this conflict zone. Please don’t degrade us and don’t propagate all negative thing among masses against us”.

“Last night I uploaded my picture from a gun battle site and within no time people circulated it on their pages and walls with the caption “MUKHBIR,” wrote Zahra on Facebook.

“This is really shocking, that fateful day I was seriously injured my leg and shoulder got an serious injuries despite of that i did my job and clicked picture with a broken arm, even my trousers were torn off, and now it has been one and a half month still i am not recovering. And to be honest my parent are not supporting me to be in this field. It is shameful and depressing,” she added.

Not only journalists, the activists also took to social media to register their protest against the trolling. 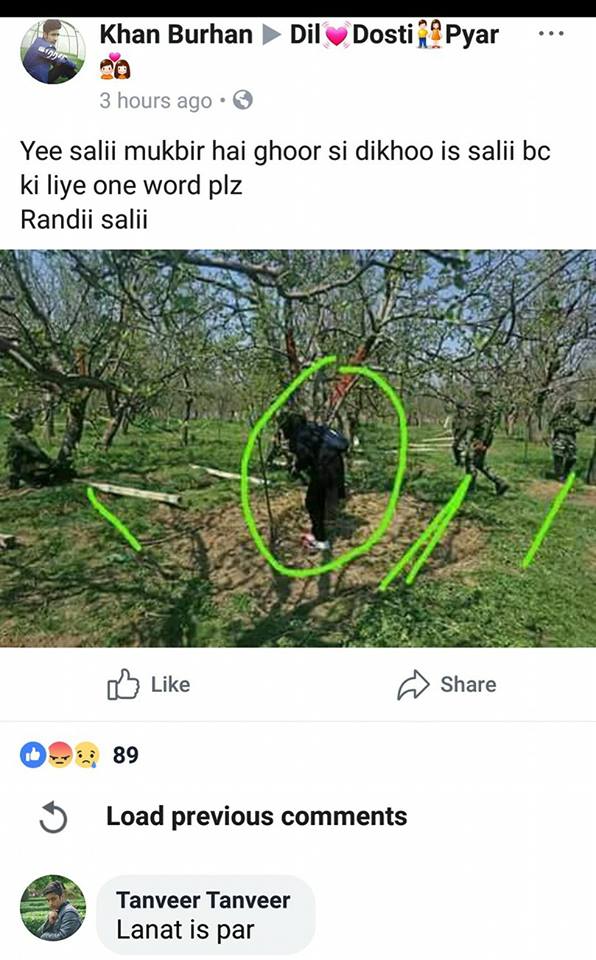 Zahra being pointed out by the trolls to mislead the people

Human rights defender Khurram parvez while posting above picture on the Facebook wrote:

“This man is a typical example of how idiotically some people scandalize anything on social media. Without any truth & with disgusting lies, he is making a false allegation against young female photojournalist Masarat Zahra who is known to be a promising budding professional. Let us discourage people to be so reckless on social media”.