Jammu, Dec 31: Jammu and Kashmir’s Director General of Police (DGP) Dilbagh Singh Thursday said that he has no reason to dispute what a senior army official has stated about Lawaypora encounter in which three “militants were killed”, but added that police will “still investigate the claims made by families of slain trio.” “I have […] 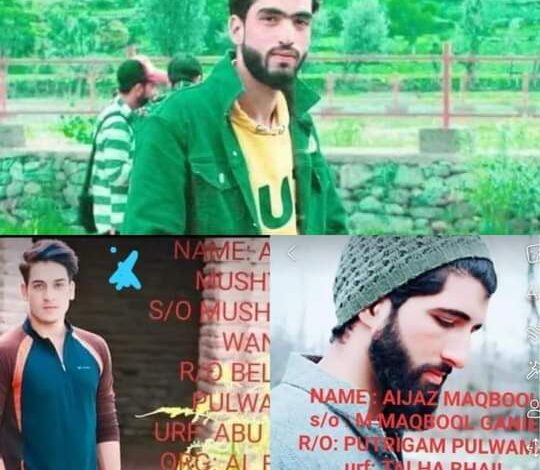 Srinagar, Dec 30: Families of three persons claimed to be militants killed in an encounter with joint team of police and forces at Hokersar in city outskirts of Srinagar staged a protest, asserting that they were innocents. “Yesterday at 10 a.m., he had tea with me and I swear about it. I don’t know […]