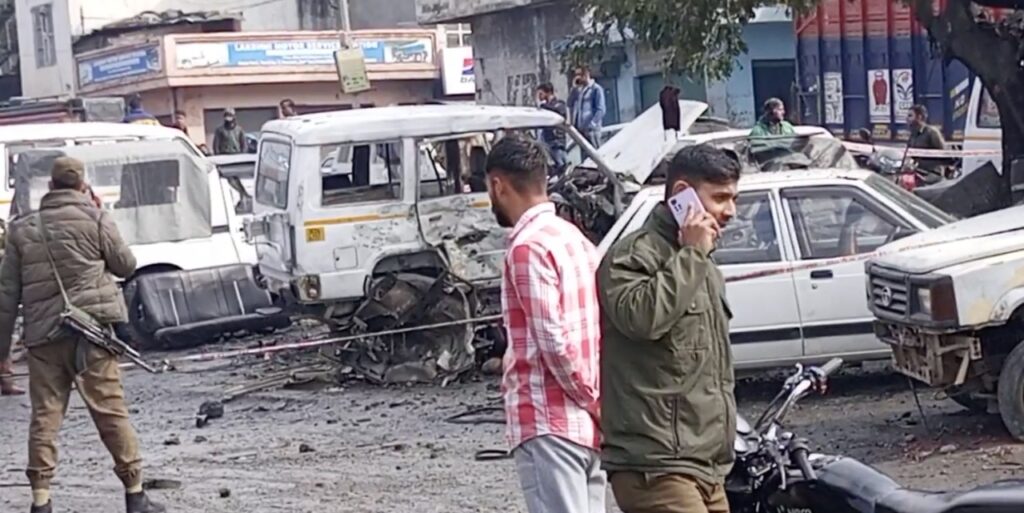 An official said  that two back to back blast occurred near in the bus yard of Transport Nagar in Narwal today morning.

He said in the twin blast sic civilians were injured and they have been evacuated to a nearby hospital for treatment.

“The nature was the blast was not yet known, while the matter is being investigation,” said the official.

He said massive searches have been launcher in the area, while special checkpoints have also been set up on different routes.

The blasts took place even as security forces are on high alert in view of Rahul Gandhi’s Bharat Jodo Yatra and the upcoming Republic Day.

In a statement, a spokesperson said senior police officials have briefed the Lt Governor about the blast and on the state of investigation.

As per the statement he called for urgent steps to identify and take action against those responsible.

“Such dastardly acts highlight the desperation and cowardice of those responsible. Take immediate and firm action. No efforts should be spared to bring the perpetrators to justice,” the Lt Governor told the security officials.

He said that the administration would ensure best possible treatment and extend every help required by the families. kno