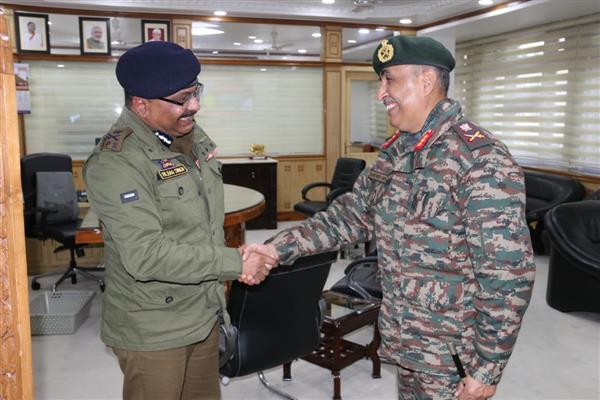 The DGP and the GOC discussed various issues relating to the overall security scenario in the Jammu particularly in the border districts.

The officers discussed the modus operandi of terrorists, the statement said.

They also discussed counter measures including those for foiling attempts of dropping arms ammunition and drugs by Pakistan through drones.

DGP appreciated the synergy between the Army, J&K Police and CAPFs that has helped in breaking the back of terrorism in J&K.