Disillusionment among JK youth widespread, at its peak: Nasir Sogami 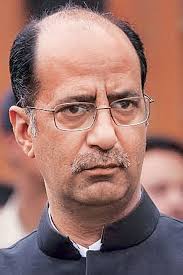 Srinagar Jan : The Jammu and Kashmir National Conference Provincial President Nasir Aslam Wani on Tuesday stated that the youth are the real stakeholders in the future of Jammu and Kashmir and it’s through their energetic participation that Jammu and Kashmir can be propelled out from the ruins it finds itself in.

In a statement released from party headquarters Nawa-e-Subha, Nasir said there was no restraint on the anti-youth policies by the ruling dispensation. “The rampant disillusionment among JK youth draws on many things which includes no job avenues, widespread unemployment, looming insecurity, and wanton discrimination. Our youth like their counterparts elsewhere in the world are bright. The only thing that sets them apart from their counterparts in the rest of the country and the world is the absence of safer spaces to pursue their vocation. Besides that, the insecurity in their own land remains a primary hurdle in the direction of their empowerment,” he said.

He further said, “How shameful is the fact that list after list is being annulled; not even a day passes when one or the other selection list doesn’t end up in a scam. The very future of our educated youth is being played with. Most of the aspirants have crossed their upper age limits and won’t be able to apply for the same posts in the future. The government is answerable why the merit of our youth is being robbed under broad daylight. The fire services recruitment scam, sub inspector recruitment scam, financial account assistant scams are hallmarks of pervasive and brazen and widespread corruption that has become the hallmark of present dispensation.
Among others chief Spokesperson Tanvir Sadiq, Women’s wing State President Shameema Firdous, Central Zone President Ali Muhammad Dar, District President Baranulla Sajad Shafi Uri, YNC President Kashmir Salman Ali Sagar were also present on the occasion.