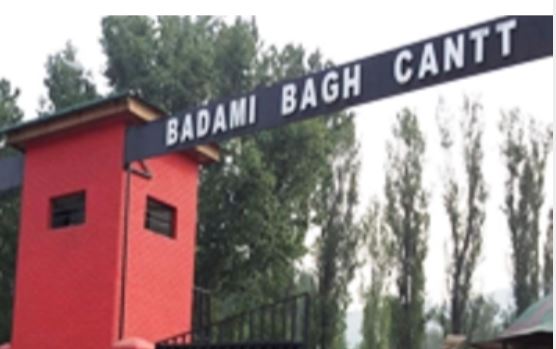 Srinagar, Nov 14: The hapless residents of much talked about ‘posh’ colony Indira Nagar, located just three kilometres from the city centre have been left wondering as the Cantonment Board authorities have stopped all developmental works in the area since many years now.

The residents alleged that the officials at the helm of affairs in the Cantonment Board have threatened the residents to pay property tax or otherwise no developmental work will be carried out in the area even in future.

“We have been missing the bus every time as no development works including providing even basic civic facilities in the area have been carried out for many years now,” said an angry Indira Nagar resident.

“The drainage system has failed at many locations and the rainwater floods the roads and lanes as and when it rains. The Lane number 22 which houses more than 35 households has been left carving for a drainage facility for more than 10 years now as no drain or even the road has been constructed there.”

They said that over the years they have contributed from their own pockets and tried to restore the road but the lack of drainage facility ruins the work done.

Notably, the Board has some civilian representatives as well and they are elected from the various wards of the board to carry out its day to day functioning.

However, the term of the previously elected members has ended almost two years back and the board has not bothered to announce elections for electing new incumbents.

“The height of callousness is reflected from the fact that whenever, any local resident approaches the board for any work including carrying out repairs and other issues, they are told that first the residents need to pay house taxes till date, then only any developmental work will be allowed or carried out in the area,” alleged another resident.

Interestingly, the board has received some funding for carrying out developmental works in the area but the work orders have been put on hold till the residents are made to pay the property tax.

Insiders in the Cantonment board have said that sanction has been granted for construction of various drains and roads but all such sanctions have been ignored by the incumbent officials.

“The Lt Guv has last year kept the issue of charging house and property taxes in Jammu and Kashmir in abeyance and despite that the board is threatening the residents and demanding taxes from us,” another resident said.

The residents have now appealed to the Lt Governor Manoj Sinha to hand over the control of the colonies falling under Cantonment board to the Srinagar Municipal Corporation (SMC) so that the basic civic facilities are provided to the people and the area witnesses some development.

“We cannot live as if we are surviving in the dark ages. This area was considered the crown of Srinagar City but the callous attitude of some of the officials in the cantonment board have turned the area into a filthy zone with no civic facilities being upgraded or improved,” a group of residents alleged further. Repeated attempts to reach out to Board officials didn’t fructify. kno