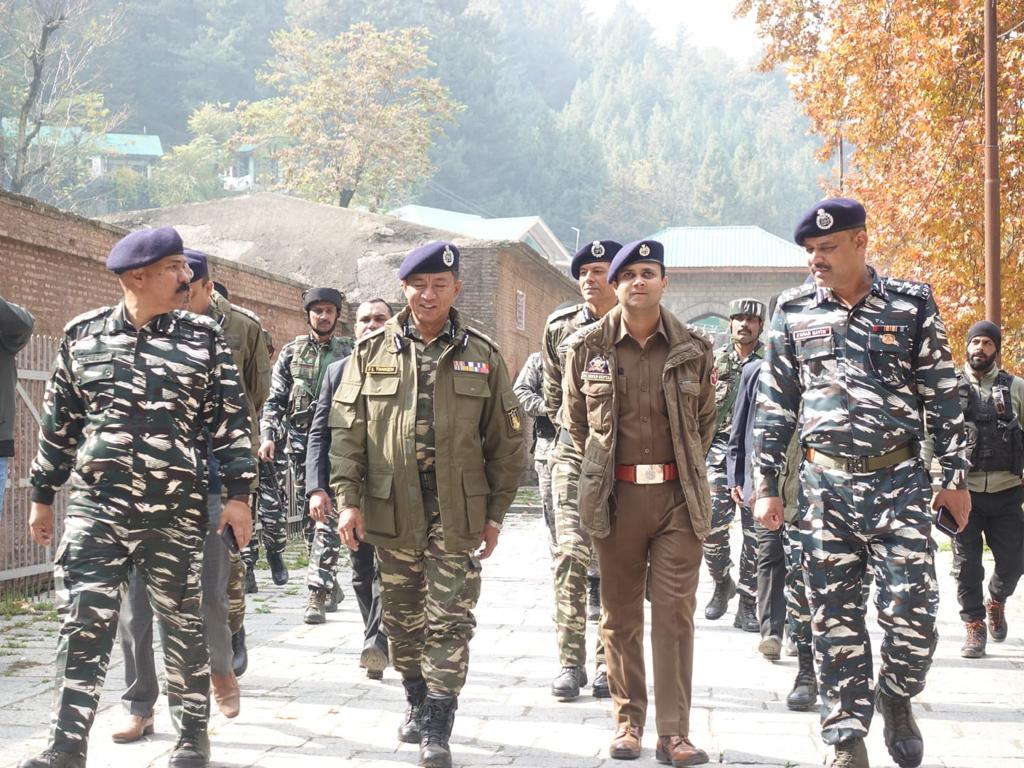 According to a CRPF statement, the DG commenced his visit from 130 Bn at Awantipora, Pulwama and also inspected the Arms work Shop, and the Signal Company. He lauded the hard work of personnel and interacted with them,” the statement reads. He then proceeded towards Banihal-Qazigund road Tunnel where he was briefed about the security scenario at Banihal-Qazigund Road Tunnel, it said. He also reviewed ROP (Road Opening) & other deployment along highway, it said.

“During his visit the DG also interacted with the Officers and Jawans in Sainik Sammelan, commended their hard work and commitment to duties, and shared a meal with them in the Badakhana at Transit Camp Qazigund, 163 Bn CRPF.”